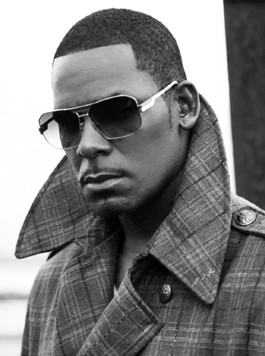 The Dude Is Nuts

Everyone has an opinion about R. Kelly the man, but when it comes to his music, the self-proclaimed “Pied Piper of R&B” has two distinct groups of fans. One is made up of admirers of the Chicagoan’s more conventional ’90s singles, like the sensual “Bump n’ Grind” or the inspirational “I Believe I Can Fly.” They are now disgusted or perplexed.

On the other side are enthusiasts of his increasingly odd, colloquial and hilarious releases, from the sidesplitting serial “Trapped in the Closet” and his voicemail-message “Leave Your Name” to the awe-inspiring “Real Talk,” where he basically croons through a profanity-laden three-minute argument with his girlfriend. The former feel he’s squandering his buttery smooth, angelic voice, while the latter believe there’s no better use for his golden pipes than double entendres like his impassioned declaration from 2005’s “In the Kitchen” that he wants to, you know, toss your salad.

The mostly down-tempo Untitled should appeal to the first faction more than last year’s unreleased 12 Play: Fourth Quarter, his first album since his 2008 acquittal of child pornography charges. Leaked prematurely then shelved, Fourth Quarter brazenly dripped with blatant sexuality, including the self-explanatory “Wanna Make a Baby,” the even more self-explanatory “Kiss Your Candy,” an incorrigible paternity-scare tale “Might Be Mine” and munificent lead single “Hair Braider” (“I’m doing my hair braider / She do my hair so good that I gotta tip her”).

This record still packs a fair amount of Kelly’s quirkiness, mind you. As one of R&B’s most brilliant minds, Kelly doesn’t lack talent; he only lacks a filter. You’d think the man who’s sung about midgets that “shitted” and who now wants to “bury myself all in you as if you were my grave” could conjure a title with more flair than Untitled, but this is actually less weird than the sequels to his debut 12 Play, which share no thematic link with the album and feature such puzzling, garbled monikers as “TP.2.COM” and “TP.3 Reloaded.”

Untitled reminds us that even at age 42, Kelly’s a player, and his kingdom remains (of course) the club. Opener “Crazy Night” sets it off with a sparse finger-snap and drumbeat before devolving into a dated, mock T-Pain chorus, complete with generic party sentiment: “If you’re drinkin’ what I’m drinkin’ / Put your hands up in the sky.” Next up is “Exit,” a sprightly midtempo piano jam where Kelly plots an escape from the club. “Like a professor, babe, I give sex seminars,” he sings, proving that he’s still the X-rated Smokey Robinson.

In R. Kellyland, the club always leads to the bedroom. The slow jam “Echo” has Kelly calling his girlfriend in sick to work, and literally yodeling, Sound of Music&–style, through not only “Sex in the morning, sex all day” but also, yes, “Sex in the evening, sex all night.” If this sounds like too much for one lucky lady, the next verse assures us that Kelly’s still a gentleman: “An’ when you need a break, I let you up, I let you breathe,” he sings, “Wash yo’ face, get sumthin’ to eat, then come back to the bedroom.”

Next up, slow jams “Bangin’ the Headboard” and Fourth Quarter remnant “Go Low,” in which Kelly’s affection goes deeper than ever. “I wanna put you on my plate / Sop you up with some biscuits and eat you, baby,” he says, before urging her, “Grab my ears and pull my face / Tonight I’ll be giving you brain.”

While all this may be delicious fodder for those with a penchant for cheesy adult-film lingo, Untitled suffers from tired, unoriginal beats and mediocre refrains, even in the Southern-stomping single “Supaman High” and subtle closer “Pregnant” (as in, “Girl, you make me wanna get you pregnant”). The best track is the ambitious “Be My #2,” a disco-funk banger that lyrically goes far beyond the Beatles’ “In My Life” with Casanova Kelly wooing his mistress while downplaying their limitations. “I could take you out to dinner, but there’s a couple places we won’t go,” he coos, “So I could take you to a hotel.”

Longtime radio sexologist Dr. Drew would have a field day with Kelly’s hypersexualizing of everything from his refrigerator to the zoo, especially in the wake of his acquittal. But without the beats and melodies that made 2007’s Double Up so wholly enjoyable, no matter how captivatingly screwy, R. Kelly is starting to look like “that old guy” at the club. And that’s not a very glamorous title to have.