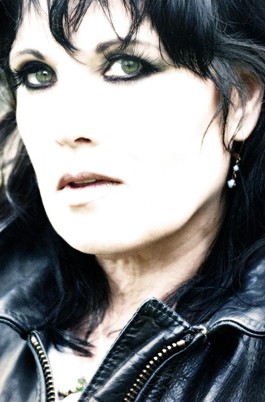 Checking in with the Motels' Martha Davis

In 1975, Martha Davis migrated south from Berkeley to Hollywood, landed a contract with Capitol Records and put out four reputation-making albums with the Motels, a period she now refers to casually as the band’s “heyday.” But looking up at a gold record while chatting amiably by phone from her current home outside of Portland, Ore., she muses that it was, at best, a mixed experience.

“It was amazing, because we were having success,” she says, “but I was in a relationship with a guy that was not a good relationship. The producer who produced that record was a jerk, and I was getting emotionally—and occasionally physically—beat up,” she recalls haltingly. “So at the same time we were having all this great success, it was really not that much fun.”

Touring behind a newly released album is standard practice. But this year, the Motels have three of them, an unlikely surge of fresh output from the new wave&–era band known for its pair of hits, “Only the Lonely” and “Suddenly Last Summer.” The band plays June 22 at the Sonoma-Marin Fair.

The new albums—Beautiful Life, This and Clean, Modern and Reasonable—were all recorded with her current touring band, an accomplished group of younger players she has been working with for the past several years. Beautiful Life, Davis explains, began as a simple set of songs, recorded a couple of years ago but delayed before final mixes were completed. In the interim, a new burst of inspiration found her with another batch of songs which, with the arrival on the scene of Portland producer-engineer Matthew Morgan, quickly took shape as This.

“While we were working on that,” Davis continues, “there was another album that was made in about two weeks time called Clean, Modern and Reasonable, which is remakes of old Motels songs, but they’re completely different arrangements.”

Of the three, it becomes clear that Beautiful Life is the most personal project. Davis recalls that her soon-to-be ex-husband (“We’re in the middle of a little divorce,” she says airily. “Ah, well, it happens.”) suggested having Morgan take a look at the rough mixes. “All of a sudden, it really started taking a different shape. It went from just being a collection of pop songs to an album about my mother’s life and death, which was a suicide.”

Martha was just 20 at the time. Not long afterward, she came across her mother’s diary. “She was really this brilliant woman,” a Phi Beta Kappa at Berkeley, Davis says. “She wanted to be Virginia Woolf, and she ended up selling out all her dreams. She ended up trading that in for the husband and the kids, and becoming a very, very sad housewife.”

Sketching that life in a series of songs, “I thought I was totally making [the album] about my mother,” Davis says, “but when the smoke cleared, I realized I was making it about me as well.”

With a little distance now, she acknowledges that was hardly surprising. Reading the diary “literally changed my mind,” she says. “I had been doing music, but I was scared and I wasn’t sure, and I read that book and I thought, ‘I have to.’ And I sat my little kids down and I said, ‘You know what, we’re going to do this thing and it’s going to be really hard, and it might not work at all. But if I don’t do it, I’ll probably resent you and hate myself.'”

Davis, strikingly visual with her arch, vampish persona, was perfectly positioned to catch the wave of early ’80s video-driven musical marketing, and rode it to the Top 10 twice. “There’s still a lot of resonance with the two hits,” she acknowledges, adding that other early Motels songs like “Counting” and “Total Control” from the first album “are just like dressing up, still tons of fun to play.”

But when she thinks back on the circumstances that surrounded those early recordings, Davis becomes reflective. “It was remarkable that I actually did it. Both of my parents were dead. I had two kids. I had no husband, and somehow I managed to pull this off. I still don’t know how I did it.”