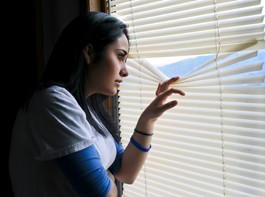 It happened again. Early on Thursday, May 22, Immigration and Customs Enforcement (ICE) officers parked their unmarked cars in front of an apartment building in the Canal district of San Rafael. Brandishing warrants, they pounded on doors, insisted on entry and questioned everyone within on his or her citizen status. In the end, they arrested 17 illegal immigrants: 10 from Mexico, six from Guatemala and one from El Salvador. Four people were deported immediately. The rest were processed in Bay Area detention centers.

This was the largest raid in Marin County since March 2007, when ICE swept three apartment buildings in the Canal neighborhood. The raids have not just been limited to Marin, however. Since October, ICE says it has arrested 1,600 illegal immigrants in Northern California alone.

In addition to the raids, ICE uses other tactics to track down illegal immigrants. In Sonoma County, ICE agents have been riding along with police to question Latinos who are pulled over for traffic violations. The department also encourages citizens to report any suspicious activities in their area.

The raids, ICE says, are for immigrants who have received deportation orders from a judge and failed to leave the United States or who were already deported and came back into the country.

“They have already had their day in court before the judge,” says ICE spokesperson Lori Haley. “They just didn’t like the answer that they got.”

The department claims it conducts the raids so that it can conserve resources; it gathers the last known addresses of several illegal immigrants and arrests them all at one time. But they also use the opportunity to interrogate everyone else in the residence and demand proof that they are here legally. Anyone who cannot prove residency may be arrested.

Naturally, the raids have left some people terrified. Two days before the most recent ICE raids in San Rafael, Kathryn Gibney, principal of San Pedro Elementary School in San Rafael, testified to Congress about the effect the March 2007 raids had on her students.

San Pedro Elementary School is 96 percent Latino. On the day of the raids, ICE officials shined flashlights in the faces of children who had their parents handcuffed right in front of them. The next day, 40 students were absent from school, seven times the normal absentee rate.

The impact of the raids was “devastating,” Gibney said, with absentee rates soaring, test scores dropping and children increasingly distracted in class.

After this last raid, Luis Gonzalez saw a similar reaction in his own five-year-old son. Even though Gonzalez and his wife are in the country legally, on the morning of May 22, his wife called to tell him that ICE officers were pounding on the door. The officers were speaking English. Gonzalez’s wife, who only speaks Spanish, didn’t know what to do.

But Gonzalez had learned that the ICE officers were carrying administrative warrants, which allowed occupants to keep them out of their residence. He told his wife to refuse to open the door. And while that stopped the officers from coming in, it didn’t stop his son from being scared by the incident.

“He asked me why the police were over here and would they arrest me and mom,” Gonzalez says. “He kept saying, ‘I don’t want to go to Guatemala. I’m scared.'”

Gonzalez is not the only person to hear about the administrative warrant. Fewer people opened their doors to ICE this time around, most likely because they knew they didn’t have to.

But ICE can always get a court-ordered warrant if necessary, which requires occupants to open up, explains Haley.

“ICE is committed to restoring integrity to our immigration laws,” she says. “And that includes deportation orders by a judge. The bottom line is, we are a nation of immigrants, but we are also a nation of laws. And those laws have to be enforced.”

Get Off the Bus