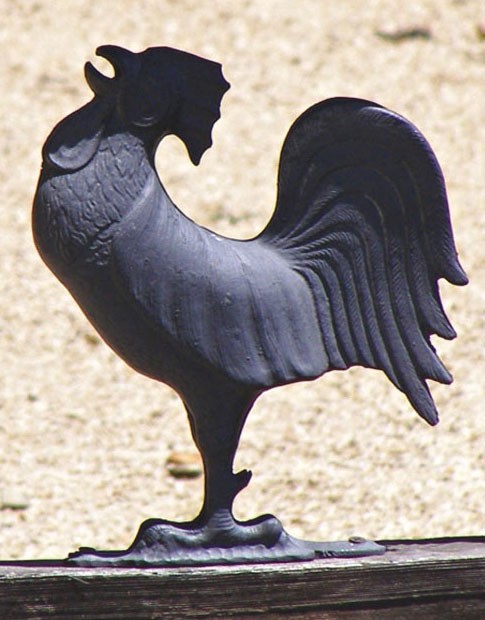 Brood of the Black Chicken

It’s the same story under tent canopies as it is in vets halls or old military piers, at beer tasting events or those that gush fountains of wine: some lines are longer than others. Much longer. More often than not, when I finally slog through to sample the ballyhooed beverage, my response is: not bad, but why all the fuss? The tragically introspective person considers two possible conclusions: (a) for some reason, I have been singled out to not be able to appreciate the greatest wine in this hall; (b) I lack the effortless ability to transform expectation into delivery.

Several years ago at the annual Zinfandel Advocates and Producers tasting, the longest line was at the Biale table. Was it the high Robert Parker scores that attracted this horde, or the excellence of the wine?

It’s a chicken-and-egg type of question, but the “Black Chicken” is neither chicken nor egg; it’s a bottle of Zinfandel, code-named because it was originally made and distributed in jugs—along with farm-fresh eggs—by teenage Aldo Biale. Neighbors would order up a dozen eggs and “a Black Chicken” over the 1940s party telephone line, and since the operation went legit in 1991, this colorful backstory has served the family well in carving out a Zinfandel niche amid a sea of Cabernet.

Aldo made it so far as to usher in the 2009 vintage, while son Robert continues to farm several dozen acres of the home ranch and vineyards around the valley. The new, barnlike winery, off quiet Big Ranch Road, is anything but rustic inside—you’ve got to have the best equipment to compete in this valley, says my guide—but the tasting room experience is kept unhurried and intimate with an appointment-only policy. The few keepsakes inside include aprons hand-embroidered with black chicken themes by 88-year-old Clementina Biale; tables outside offer a grand view of the lower east valley.

No concession here is given to white wines, but Biale has branched out into other reds. The 2009 Nonna’s Vineyard, Oak Knoll Sangiovese ($39) is bright and racy; the 2007 Monte Rosso, Sonoma Valley Syrah ($62) has some of that grape’s signature blueberry fruit and animal aromas. The star of the show, the 2010 Black Chicken, Napa Valley Zinfandel ($42) balances black pepper with vanilla bean and blackberry liqueur on a dollop of warm olallieberry fruit. Selling this wine isn’t hard, my host says, it’s all in the tasting. The 95 point scores, well, they don’t hurt a bit.