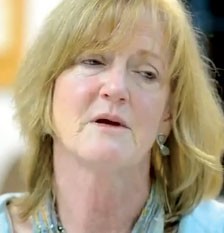 Mill Valley residents Patricia and John Goff received the eviction notice on Thursday, July 5. After months of wrangling with Wells Fargo mortgage specialists, the couple had lost the battle and consequently faced the prospect of losing their home of 33 years.

In a video posted on YouTube, 60-year-old Patricia Goff says that after becoming fully disabled in a car accident two years ago, soon after being given a modification loan by Wells Fargo, she became unable to work. That’s when the housing trouble began; foreclosure proceedings began last October. Despite an offer to pay $1,500 a month to stay in the home, and a promise from the bank to work in “good faith” to reinstate the loan process, the Goffs now must move. With this, they join thousands of Americans who’ve lost their homes during the worst foreclosure crisis since the 1930s.

Occupy Marin argues that Wells Fargo should honor the original loan modification. Those who would like to support the Goffs are encouraged to make phone calls to Wells Fargo and elected officials to insist that they stop the process. Persons interested in becoming part of a rapid response team—which will, if necessary, occupy the home—should email [email protected]. Join an anti-foreclosure rally for the Goffs on Wednesday, July 11, at the Fourth Street Plaza, San Rafael. 5pm. For more, see www.occupymarin.org.—Leilani Clark