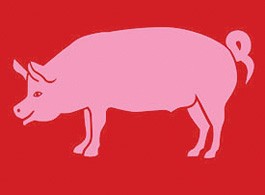 It was late 2008, and Sasha Wizanky, founding editor of Meatpaper magazine, was having coffee with noted San Francisco butcher Ryan Farr. Meatpaper was planning an upcoming magazine party, and Farr casually tossed out an idea. “He said, ‘Well, how about I do a butchery demonstration at your next party?'” Wizanky recalled. “And I thought, ‘Huh! I wonder who wants to juxtapose drinking a cocktail and watching a pig getting butchered?’ So I asked around, and everybody said yes, absolutely.”

The ensuing soiree kicked off a Bay Area craze. Throughout the course of last year, while no one except food bloggers and meat enthusiasts were looking, public butchery and home slaughter parties swiftly became the Next Big Thing, the high arc in the continuing cycle of the new vintage-lifestyle aesthetic. But Meatpaper’s party had a predecessor here in the North Bay: Cochon 555, a traveling contest and road show devoted to pig butchery and pork preparation which first came to Silverado Resort in October 2008.

The 2010 meat world climate is far more raging and media-addled when Cochon 555 returns this weekend to Silverado, with Farr on hand for a nose-to-tail butchery demonstration. But the real competition is between the chefs who must prepare an entire heritage pig, and it will be fierce indeed: Devin Knell from French Laundry, John Stewart and Duskie Estes of Zazu, Chris Kostow from Meadowood, Dennis Lee of Namu and Peter Pahk from Silverado itself go knife-to-knife to prove who’s the perfect pork-piercing preparer of portions potent and praiseworthy.

Jeremy Fox from Michelin-starred vegetarian restaurant Ubuntu appears as special ironic guest, and five family-owned wineries pour the vino. Seventeen judges ranging from Fatted Calf’s Taylor Boetticher to the Culinary Institute of America’s Lars Kronmark weigh in on the champion, but their opinion is only good for 49 percent of the vote—the majority of the say comes from the people. Have your pork and eat it too when Cochon 555 kicks off its 2010 nationwide tour in the Napa Valley on Sunday, Feb. 28, at Silverado Resort, 1600 Atlas Peak Road, Napa. 4:30pm to 8pm. $110; discount password Googleable. For more info, see www.cochon555.com.