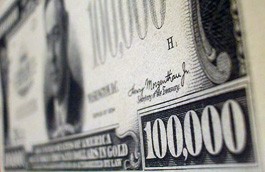 If I had to choose, I would spend my days eating at hole-in-the-wall Mexican, Chinese, Vietnamese, Korean, Pakistani and Indian eateries instead of at fancy white-table restaurants with posh interiors and expensive wine lists. As happy as I am sidling up to a taco truck, I’m faced with a dilemma. My favorite kinds of restaurants are typically the ones most likely to serve factory-farmed meat and industrially produced fruit and vegetables. Taquerias and noodle shops are not the places to find organic produce and sustainably raised meat. Why is that?

The easy answer is that it is too costly for these often barebones, mom-and-pop restaurants. Organic and sustainably produced food generally costs more than food loaded off a Sysco truck or grown on a big corporate farm somewhere in the Central Valley. A low-rent restaurant run by Vietnamese immigrants isn’t likely to have a budget big enough to buy grass-fed beef or organic produce from a local farm. Similarly, the restaurant’s customers are probably not willing to pay a premium for these kinds of foods.

But the bigger reason isn’t that good food is too costly, but rather that we have a food and economic system that encourages the externalization of costs onto the environment, society at large and future generations. Companies that do business this way are rewarded with increased sales because they can sell their stuff for “cheap.” Of course, there’s nothing cheap about cheap food. Cheap at Costco generally means more it’s more expensive in terms of environmental or social impact (groundwater contamination, tainted beef, loss of genetic diversity in plants, healthcare costs to treat obesity and type 2 diabetes and oil dependence). But those cost are borne by society as a whole rather than by the consumer at the cash register. Everybody loves a bargain, right? Why pay more? There are organizations that help restaurants implement more environmentally sound practices, but food isn’t their main focus. Thimmakka is a nonprofit group in Oakland that works with the Association of Bay Area Governments to help restaurants lessen their output of waste, energy, water and pollutants. But sourcing better food isn’t part of the program. That’s a gap that needs filling.

What will it take to bring more ethnic restaurant into the fold and help them to embrace environmentally sound menus? In a word: money. Until the day when capitalism is swapped out for a more communitarian economic order, any plan has got to make economic sense in order for a restaurateur to make the changes required for a healthier world. Appeals to morality don’t put food on the table or money in the bank.

This isn’t just so that food-obsessed, guilty liberals like me can get organic arugula in their burritos. It could be a small step toward kicking over a rotten food system that rewards bad behavior at the expense of the common good. We all have to eat, and voting with our food dollars can have a powerful impact. The more restaurants and customers there are willing to break out of the industrial food complex and create a new, more sustainable system the better. When it comes to what we eat, we either pay now or pay later. I’d rather pay upfront and enjoy my food now.