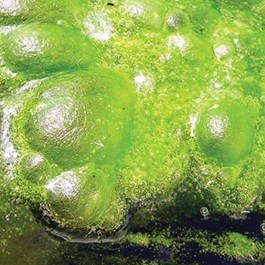 In May, the city of Santa Rosa’s project development team received a $25,000 award for its Fuel from Aquatic Biomass (FAB) project. Created in conjunction with Sonoma State University, the innovative energy-production program uses aquatic vegetation to treat wastewater while producing renewable energy. A video about the project, created by SSU intern Caden Hare only two days before the submission deadline, was selected as a finalist by public online voting. Soon after, Hare was flown to Los Angeles to walk the “green carpet” and receive the Green Civic Leader cash prize. “It was just such an amazing experience,” he says. “It felt like the Academy Awards.”

The money will be used to expand the project, including studies on how to treat byproducts of steel manufacturing in wastewater. With inquires about FAB arriving from the Department of Energy, it’s clear that Hare and the project development team are on the right track toward better ways to clean up our water.

In the land of wine and roses, it’s all too easy to forget that the United States continues to wage deadly and costly wars. As a reminder, Rep. Lynn Woolsey hosts a call for an end to permanent U.S. warfare on June 18. A vocal opponent of the wars in Iraq and Afghanistan, Woolsey has famously spoken on the floor of the House of Representatives on the subject nearly 400 times. As the promised time for a military drawdown in Afghanistan grows closer, Woolsey is joined by Norman Solomon, Code Pink and Iraq Veterans Against War for a day of grassroots activism. “It’s Time for Peace” takes place Saturday, June 18, at San Rafael City Plaza. Fourth and Court streets, San Rafael. 1-2:30pm. 415.507.9554.