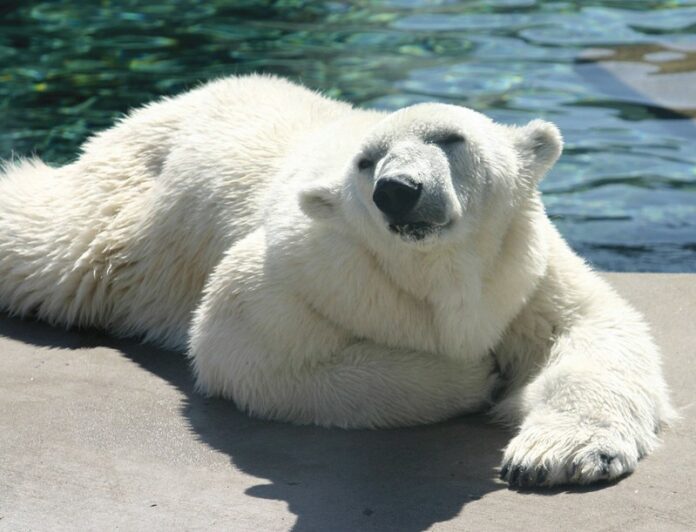 Hacks that we are, wine writers may be counted on, come November, to promote a Pinot pairing for T-day, nod to the best bubbly for NYE blowouts and to swoon with enthusiasm for lip-smacking summer sippers come May, employing all the awkward alliteration that the genre allows. It’s all pretty standard stuff, until you get to International Polar Bear Day.

That’s observed on Wednesday, Feb. 27, at least according to a freebie Ocean Conservancy calendar that I received from my folks—thanks, folks. On this day, the organization Polar Bears International only asks that we take the “Thermostat Challenge,” turning it down a few degrees as a gesture of action on climate change, which threatens to erase the habitat of that most charismatic of megafauna.

Celebrate with ice wine, naturally. This is not in jest. As noted in studies from Germany’s wine-centered Geisenheim Institute, the ice wine category faces a similar threat if temperatures continue to rise. Ice wine is made from white grapes that freeze toward the end of the season. The result is a sweet wine that’s a bit unlike other “late harvest” wines, since ideally, the grapes have frozen before raisining or being overtaken by botrytis mold. Traditionally made in select years in Germany, it’s been popularized in Canada, where, indeed, Ontario’s Ice House Winery features polar bear statues as mascots. But if the grapes don’t freeze on time, ice wine is off the menu.

Meanwhile, in St. Helena, Joseph Phelps Vineyards got the notion to produce an ice wine from estate-grown Scheurebe grapes in the 1990s. The 2011 Eisrébe ($50 split) has an aroma that’s more banana liqueur than white raisin, and a mead-like, clean, sweet palate. Although it feels heavy, with more than 20 percent residual sugar, the alcohol is only 8 percent. It’s available at the tasting room in Freestone, which, by the way, has been renamed to emphasize that it’s the westernmost outpost of Joseph Phelps. Fans of vibrant Chardonnay, or Pinot of the forest duff and fresh plum variety, might want to stop by at some point. Look for the little red barn.

But where does Phelps come up with an Ontario-level freeze? Alas, the Scheurebe is trucked to a commercial freezing facility in Sacramento. So it’s got a little carbon footprint. Just turn down that thermostat and bundle up. No doubt that Eisrébe paired with apple cobbler will add an extra layer of fat to see you through the winter.