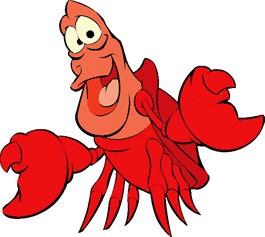 Why the Best Song Category sucks

Everyone knows that the Best Original Song category sucks, but we seldom ask ourselves why. Considering that heartfelt compositions like “Over the Rainbow” (from The Wizard of Oz) used to get the gold, it’s a sad development, and one that can be traced to three major factors.

1. The Ariel Factor. In 1980, Willie Nelson’s “On the Road Again” lost the Best Original Song Oscar to the theme from Fame. The trend continued for most of the ’80s, the Oscar subsequently awarded to the themes from Arthur, Flashdance, An Officer and a Gentleman, Top Gun and Working Girl. Leaving aside that “Up Where We Belong” (from Officer) and “Take My Breath Away” (from Gun) have since proven themselves the stuff off sugar-pop infamy, it was beginning to look suspiciously like anyone who tacked “theme” to the end of their Best Song hopeful would get the award. Then came The Little Mermaid.

In case you’d forgotten, “Under the Sea” is an Oscar-winning song. In retrospect, that’s not so bad. It may be sung by a borderline racial stereotype, but it’s thematically important to the film and far less annoying than “Take My Breath Away.” Whatever your feelings about “Under the Sea,” the tune set an important precedent in Oscarland. Suddenly, you were nobody till you were somebody Disney. Between 1991 and 2000 six of the Best Original Song winners were from Disney films. It was as though no one but a singing crab could get any respect. Or almost no one.

2. The Springsteen Factor. One of the more surprising Oscar winners in recent years is Bruce Springsteen. He won Best Original Song his first time out for “The Streets of Philadelphia,” a punishing dirge he composed for the 1993 Tom Hanks drama Philadelphia. In 1995, he was back again with an even darker composition for the film Dead Man Walking. His minimalist approach, however, seemed to stick as a bizarre alternative to Disney histrionics.

In 2001, the incomprehensible Randy Newman struck Oscar gold for “If I Didn’t Have You” (from Monsters, Inc.), which may not be a dirge but is just as forgettable as “The Streets of Philadelphia.” Other maudlin efforts like the 2008 Annie Lennox/Howard Shore composition “Into the West” from The Lord of the Rings: The Return of the King helped secure that film’s place as one of the most awarded films ever. And the usually vivacious Melissa Etheridge added an Oscar to her résumé for the whisper-soft “I Need to Wake Up” from Al Gore’s An Inconvenient Truth, releasedin 2006.

The trend of nominating rock heroes was nothing new—Paul McCartney was famously nominated for the 1973 title song of Live and Let Die and Aerosmith for 1998’s “I Don’t Want to Miss a Thing” from the film Armageddon, but such bombastic efforts hadn’t actually brought home the bacon. If you were a rock star hungry for Oscar gold, you’d have to tone it down and do something politically correct. Which is probably why Eddie Vedder never stood a chance.

3. The Vedder Factor. Of all the cop-outs in Oscar’s long, dumb history, nothing is as reprehensible as what happened to Pearl Jam’s ballsy lead singer. In 2007, Vedder composed four songs for Sean Penn’s Into the Wild and seemed a shoe-in for Oscar glory. In a just world, any of Vedder’s songs might have joined the mighty company of “Raindrops Keep Fallin’ on My Head” and “Over the Rainbow,” songs so successfully woven into their respective films that one cannot imagine The Wizard of Oz or Butch Cassidy and the Sundance Kid without them. Oscar, which saw fit to nominate not one but three songs from Disney’s Enchanted that year, didn’t give Vedder a single nod.

After 2007, the Academy decided to limit the number of songs that could be nominated from a single film from all of them to two. That decision helps to quash the possibility of a win for “I See You” from James Cameron’s Avatar. With its dismally familiar pop vocals, “I See You” is so obviously Cameron’s attempt to cash in on the success of “My Heart Will Go On” (from his own Titanic in 1997), that its defeat would seem a cosmic referendum on the chintzy songwriting formula Titanic popularized.

In the last three decades only a handful of Best Original Song winners have had more than a passing relationship with the films in which they appear and most of those were sung by cartoon characters, infectious, campy melodies we’d just as soon forget. With apologies to a certain 1938 Best Song winner, thanks for the memories.