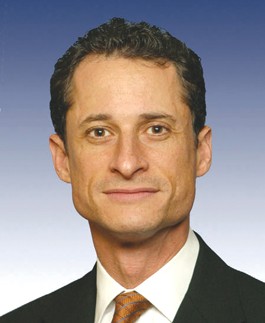 The argument that what one does in one’s private life should not be subject to public scrutiny went out the window when Weiner made his privates public by inadvertently posting them onto his Twitter stream rather than as a direct message to a 21-year-old Washington state woman. It begs the question, “Why are men so eager to put their penises online?”

In the pantheon of paraphilias, exhibitionism is perhaps the most benign, though clinicians describe it as “coercive” since it usually involves forcibly imposing one’s genitalia into another’s line of sight without consent. The notion of an old-school trenchcoat-clad flasher is damn near quaint compared to the lone gunman taking aim at a webcam. Albeit, confronting an exhibitionist in the flesh is surely a harrowing experience, however, it does permit one the ability to express one’s revulsion, reciprocate with bodily harm or perhaps even flash back (any of which may or may not be the offender’s goal).

This is perhaps one reason that everyone from media pundits to House minority leader Nancy Pelosi came down so, um, hard on Anthony’s weiner. It was as if he received the aggregate slapback awaiting all the faceless exhibitionists lurking on the internet. Consider his monkey spanked.