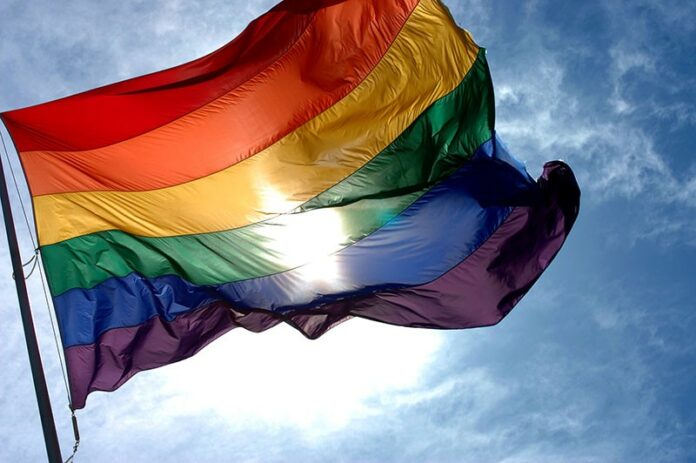 The gay flag-swipe caper that has roiled Guerneville for months has been solved—and justice is at hand.

On June 29, Sonoma County District Attorney Jill Ravitch announced that 55-year-old Vincent Joseph O’Sullivan was found guilty by a jury of filching the rainbow flag that hangs from the pole in Guerneville Plaza on May 9. According to a release, O’Sullivan was to be sentenced for the crime on July 2—but his sentencing was postponed to July 13, says media coordinator Joseph Langenbahn at the district attorney’s office. O’Sullivan remains free on bond in the meantime.

The rainbow flag has been stolen several times this year, says Ravitch. O’Sullivan was charged with one of the thefts. The rainbow flag flies underneath the United States flag and the state flag of California.

O’Sullivan confessed to the crime to an arresting officer, a Sonoma County Deputy Sheriff, and said the flag’s presence on the pole offended him, and others, according to a statement from Ravitch’s office.

The rainbow flag is an iconic pennant created by gay San Francisco artist Gilbert Baker in the late 1970s.

The district attorney, who is one of the highest-placed openly gay elected officials in the joyfully Sapphic state of California, says that “there were many who were very upset by this conduct. The jury’s verdict reflects the support this community has for the rule of law and the right of all of us to enjoy this county.”
—Tom Gogola