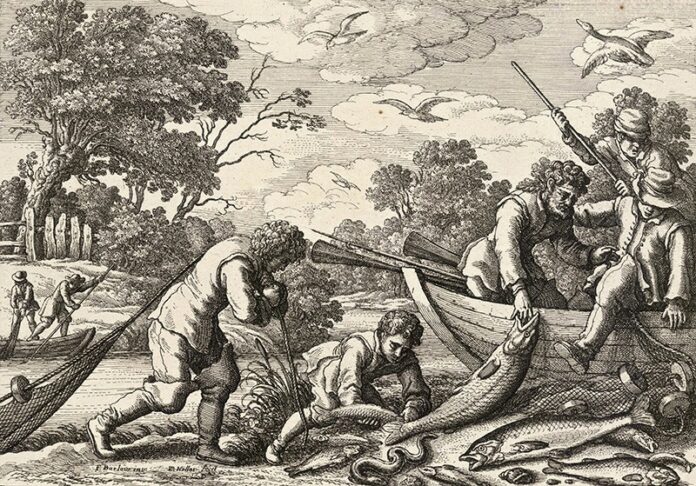 Hey, folks, this paper has a new blog up by news editor Tom Gogola, called “The Fishing Report.” Gogola plans to be posting a couple of times a week and hopes you’ll tune in, send tips to him at [email protected], engage, and, of course, push back against his wild-eyed tirades when necessary.

Last week, the Fishing Report made its debut with an item about that incident on the Napa Valley Wine Train that’s been all over the news. The one where 10 black women, and one white woman, got thrown off the popular tourist train for the crime of laughing too loudly.

As the story made its way to an inevitable national “Say whaaaa???” moment, the company that runs the train said it would apologize to the women, even though it had done nothing wrong.

But by the time CNN was on the story a few days after the mass ejection, the company took a 180-degree turn: “We were 100 percent wrong.” Now there’s a civil rights lawsuit in the offing.

Many people who commented on this story—and especially, it seems, in the Napa Valley Register—took the position that “obnoxious” behavior is a race-neutral deal, so why do you have to make everything about race?

Picture this: A group of 10 white women, proud and nerdy members of a book club, are all smiles when they arrive for a long-planned journey on the tourist train. They’re even wearing matching book club T-shirts. It’s not a cheap ride, and the women are excited for the luxe adventure that’s about to unfold.

Almost immediately upon taking their seats, the women are confronted by other train riders for laughing too loudly and for other “disruptive” activities. One of them is 85 years old. Management is summoned, and so too are the police. After a couple of warnings, the women are thrown off the train.

Now pause to reflect: Does anyone really think this sort of treatment would have been visited upon an 85-year-old white woman? Does anyone believe 10 white women from a book club would be frog-marched through the entire train on their way out the door?

In the aftermath, the Napa Valley Wine Train pledged to do better next time. That’s commendable. The company says it will institute sensitivity training so that 85-year-old black women aren’t forced off of old Pullman railroad cars for the “crime” of laughing too loudly.

Those Pullman cars are themselves a part of the racial backstory. As the Fishing Report noted, the Jim Crow “separate but equal” doctrine was enshrined following the Supreme Court’s Plessy v. Ferguson case—itself a case about a man on a Pullman train. Homer Plessy was a mixed-race “octoroon” who in 1892 defied Louisiana’s separate-car law and defiantly sat in the white man’s car. Plessy was thrown off the train and arrested after he refused to move to the “colored” car. He wasn’t laughing.

Check out the Fishing Report as part of your regular media diet at www.bohemian.com.