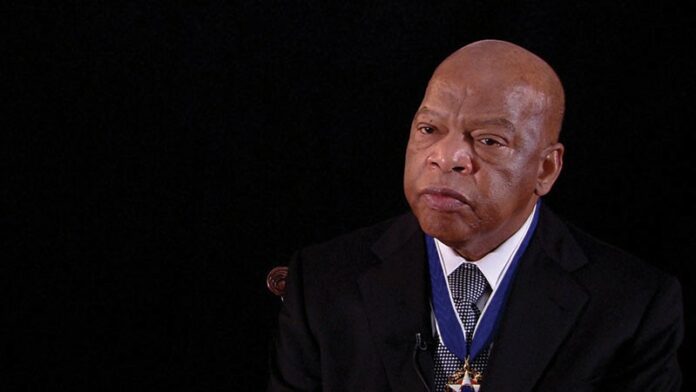 Congressional Democrats took to the literal floor last week as they conducted a sit-in protest of legislative inaction on gun control, led by Civil Rights hero John Lewis (pictured). The House Republican majority responded in classic fashion: they sneakily rejected a funding-bill amendment during the sit-in, offered by Marin County Rep. Jared Huffman, that would have barred Confederate flags from flying at cemeteries run by the Department of Veterans Affairs. Hey, at least they didn’t turn the water cannons and German shepherds loose on Lewis. For that, we’ll have to wait for a Trump presidency.

Napa Assemblyman Bill Dodd co-sponsored a bill last week in response to the lenient sentencing of a Stanford University student who sexually assaulted a woman outside a frat party. The student was charged with a pile of felonies and was found guilty by a jury of all of them—which meant, under normal circumstances, a sentence of between two and 14 years in state prison.

Citing the negative impacts such a sentence would have on the clean-cut perpetrator, a potential Olympic swimmer, Judge Aaron Persky, Stanford grad, gently massaged Brock Turner’s wrist with a six-month sentence in county jail, followed by three year’s probation. Outraged ensued, and a trio of lawmakers that included Dodd and South Bay legislators Evan Low and Jerry Hill introduced AB 2888, which would “ensure that anyone convicted of sexual assault in California cannot be sentenced to probation.” Turner will likely be out of jail in September, and while he won’t be registering for classes at Stanford, he will be a registered sex offender for life.

The state Assembly has already passed a measure, AB 2002, that would require lobbyists to register with the California secretary of state, notes the League, adding that bill also requires that lobbyists disclose their clientele and expenditures.—Tom Gogola