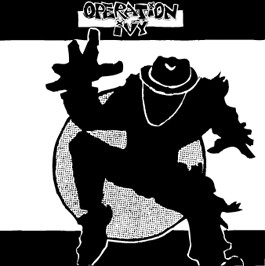 One night in 1993, I ran into Tim Armstrong walking down an alley in downtown Petaluma, pasting up stickers for his new band, Rancid, who were playing one of their first shows that night at the Phoenix Theater. We walked together down to the Petaluma River, sat on the docks and talked for a while. He was excited about Rancid, but our conversation kept turning back to his old band, Operation Ivy, and I discerned a glow as he discussed what he called “the two best years of my life.”

For a band that broke up right when their only full-length album, Energy, was released, Operation Ivy occupy a special place in the hearts of the 1 million people who have since bought, obsessed over and internalized the East Bay band’s music. Part of it is the band’s unique sound—a raw, bristling progenitor to hundreds of overcommercialized ska-punk bands—but half of the attraction undoubtedly lies in their dense lyrics, spat out in rapid-fire syncopation by machine-gun vocalist Jesse Michaels. Energy practically demands to be memorized; to this day, I can still sing along to its approximately 2,524 words.

While there’s probably an illicit source for Michaels’ prolific verbiage (one of my long-lost possessions is a sheet of paper with his handwritten suggestions for band names, all of them references to methamphetamine), it’s impossible to deny his jagged attack and poetic optimism. Channeled into songs about the perils of mass consumption, personal desensitization, media distraction, sexual braggadocio and urban distrust, Michaels gives voice to the entire experience of youth in 19 different chapters: the album could very well be called This Fucked Up World and How to Survive It.

Kevin Army, Operation Ivy’s engineer and producer, recalls a great ease in Energy’s recording sessions, especially since the band had essentially rehearsed for a year by trying to record the album live at the famed Gilman Street Project, the band’s home venue. On the first day in the studio, the band banged out basic tracks—bass, drums and guitar—for all 19 songs, live, in the same room, with no headphones, an approach relatively unheard of these days. “I really thought they were the greatest thing ever,” Army says now, 20 years later. “Chaotic, but I mean, if you just capture that chaos appropriately, that’s what it’s all about for a record like that.”

With a paltry recording budget of just $1,200, Army had to work quickly, “just blasting through the tracks like they would do live,” keeping the energy up and the band focused. “I remember the biggest run-in,” Army laughs, “was they wanted to have those shouting gang ‘Oi!’ vocals on every song. I told them they sounded like they were trying to be the Village People, in order to humiliate them into not doing that on every song.”

It apparently worked, as there’s an unparalleled in-the-moment urgency throughout what would be the band’s self-written epitaph. Sometimes this urgency overtook the band, resulting in unhinged live performances further loosened by the presence of audience members onstage. Most of the time, it boiled just beneath the surface, propelling song after song.

Another believer was Larry Livermore, who saw one of Operation Ivy’s earliest shows and immediately approached them to make a record. His record label, Lookout Records, wasn’t even off the ground yet, but the impact the band had was undeniable. “The only explanation I can give for sort of ‘knowing’ they were destined for greatness,” he says now, “was the impact of that first live show I saw at Gilman, the way the crowd just went crazy and took over the stage to sing along with everything—and this was when the band was barely three months old.”

Just a few months later, Livermore was at Lookout’s distribution warehouse restocking copies of Operation Ivy’s EP, Hectic, when he mentioned to a worker there that the band was “going to be one of those bands like the Dead Kennedys or the Ramones or Minor Threat, who just keep on getting bigger years and years after the fact.” This was a bold claim at the time for a tiny East Bay punk band, and as Livermore tells it, the worker not only “howled with laughter,” but took it upon himself to tell everyone else in the warehouse of Livermore’s ridiculous boast.

Operation Ivy only existed from 1987 to 1989, but logged nearly 200 shows. In an inspired moment of resourcefulness, a nationwide tour was completed by packing five people, plus equipment, into and onto a ’69 Chrysler Newport sedan. The band also routinely played the North Bay: the Healdsburg Boys & Girls Club, the Cotati Cabaret, a tiny building at Ninth and Wilson streets in Santa Rosa and at Guerneville’s River Theater (legend tells of a last-minute billing change when Psychefunkapus, now a forgotten embarrassment, refused to open for a “fucking punk band”). For a while, it was almost impossible not to see Operation Ivy.

And still, I will never forget the one-two punch of buying Energy and immediately discovering that Operation Ivy had broken up, playing a final show at Gilman to an overcrowded throng twice the venue’s legal capacity. I was barely 13, too young to go to shows, and it made me hate being young approximately 70 percent more than I already hated it—which is to say, quite a lot. Fittingly, listening to Energy over and over helped me eventually savor the venom of being young more than I ever could have imagined.

Energy went on to become a flagship album, just as Livermore and Army predicted. And though a young opening band at Operation Ivy’s last show called Green Day would go on to become the face of the East Bay punk rock scene for the rest of the world, Operation Ivy would forever remain its soul.

After a yearlong hibernation, Energy is back in print this week on Armstrong’s own Hellcat Records. There’re no bonus tracks, no remastering or special features—in fact, the booklet is plainly scanned and reprinted from the previous edition. None of this really matters, because Energy can stand on its own without any extemporaneous propping up, and it will be no surprise when this reissue gets discovered by another million kids.