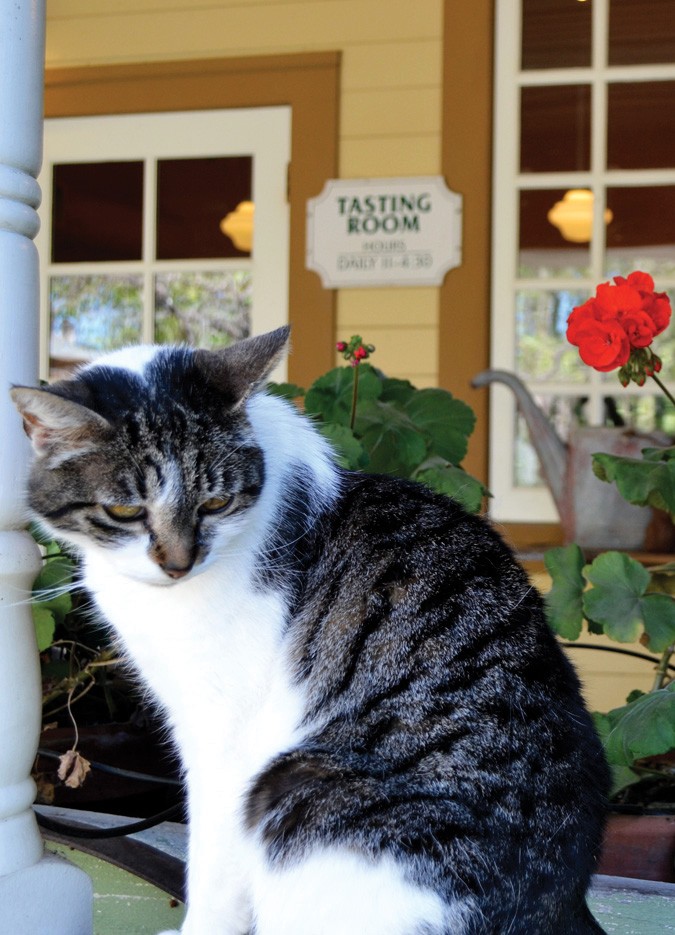 Wine and viticulture briefs for the week of April 1

Researchers are puzzling over a new study that has revealed a surprising truth about cats and dogs in the wine industry. Until now, wine and longevity studies have narrowly focused on human populations, including the “French paradox.” In a paper released in March, researchers at the University of Wallaby in South Australia correlated the life spans of cats and dogs to time spent as pettable icons in wineries and vineyards. Their conclusions were striking: on average, winery cats enjoy 130 percent longer lives than winery dogs.

This time, resveratrol in red wine may not be a key factor, suggests Wallaby professor of felicific enology, Tabitha Twitchit. “Persistence seems to also be positively correlated with a high percentage of non-pigmented vinosity,” says Twitchit. In other words, wineries that produce white wines are associated with even longer-lived felines. The stress of producing a point-driven Cabernet Sauvignon, on the other hand, may negatively impact the feline environment.

One explanation is that it’s the terroir, after all: cats that eat mice and gophers that eat high-quality grape material get first choice of essential micronutrients, while dogs, who eat the poop of cats, receive secondary nutritional values.

But the cause of what is being termed the “feline paradox” remains a mystery, and winery cats have nothing on the world’s longest-lived beverage industry cats, the distillery cats of Scotland still holding the record.

California’s four-year drought will come to an abrupt and soggy end in mid-April, meteorologists are now predicting with 95 percent confidence.

After a relatively dry winter, the jet stream will bring a cool air mass in contact with moisture-laden systems from the tropics, creating a variant on the so-called pineapple express that meteorologists are calling “tropic thunder,” according to Noah Modell, curator of the website weatherwonky.com.

“A high arctic char index plus a strong SST anomaly is a sure-fire indication that happy, rainy days are here to stay,” says Modell. After rains pound the North Coast for one week, however, refilling aquifers with much-needed water, a high pressure ridge will move in during bloom, allowing vineyards to set a beautiful crop. Rain returns in mid-June to lend a few more inches of water to a mild growing season and a perfect vintage.

After a vineyard study spanning two decades and four continents, a team of German researchers at the Lemberger Viticultural Institute have solved the mystery of terroir. The secret to terroir is (continued next page)