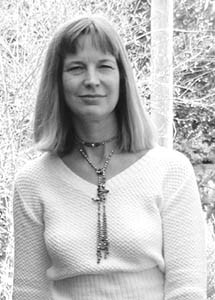 Sampler classes get writers out of their rooms

In this attention-deficit day and age, “quick and dirty” is not an unusual way to describe a cultural event. Yet when spoken by writer and publisher Susan Bono, these words refer to something both highbrow and accessible, a paradox that makes the Writer’s Sampler–a platter of tasty writing classes offered twice a year through the Sebastopol Center for the Arts–so successful.

Though we’re talking about teaching writing here, you won’t hear the word “literary” swung around like some kind of stinky cheese. While the literary stamp is unquestionably visible on each of the instructors and its organizers, the emphasis of the Writer’s Sampler is on inclusion, community-building and giving writers one less excuse for describing the craft as “lonely.”

Susan Bono is a Petaluma writer and the publisher of Tiny Lights: A Journal of Personal Essay, a twice-yearly literary magazine that nominates pieces for the prestigious small-press Pushcart Prize and has featured award-winning writers alongside emerging ones.

The Writer’s Sampler arose out of a series of conversations that Bono and Clara Rosemarda–a writer, teacher and counselor–had in 2000.

If you ask either woman, the idea appeared collectively, like an exotic daydream in their minds, a shared vision. Since then, Bono has become the engine and the conductor, with Rosemarda providing support, enthusiasm and helping bring new writers into the fold.

“I just remember the delight on people’s faces at the idea of being able to come out from their lonely writing towers and meet up with other writers,” said Bono.

And what writer in her, well, right mind, wouldn’t be delighted? In the sophisticated enclave of Sebastopol, on a Monday night that might otherwise be absorbed in a Survivor vortex, the Writer’s Sampler beckons. Not only does it promise great teachers, such as the original group who commenced the series (among them former Sonoma County poet laureate Don Emblen, poet Patti Trimble, naturalist Ellery Akers and short-fiction writer Robin Beeman), but it makes its home in an art gallery suited to the elicitation of the muses. It also offers the sweetest element when one wants to gather each pearl delivered by a speaker: quiet.

“The classes are after-hours, and we get to possess the whole place. We’re not competing with espresso machines, for one thing,” Bono chuckles. “The atmosphere is uplifting.”

Linda Galletta, executive director of the Sebastopol Center for the Arts and guardian angel to the Sampler believes that arts nerve centers like her own are crucial elements to cultural prosperity.

“These are little gems, a great opportunity. The county has an abundant wealth of talent, and every community should have a center to support those local arts and the artists,” she enthuses.

If the Sebastopol Center is the pulse of west Sonoma County’s thriving artistic heart, the Writer’s Sampler is blood for writers who need an infusion to jump-start another round of linguistic creation.

“The notion of the Writer’s Sampler is that you get to take a little taste, you don’t have to commit to every class,” Bono says. “Every meeting is different. Sometimes it’s more like a straight lecture. But more often–and these are the evenings I’m most fond of–writers are asked to do a short in-class assignment and are asked to share.”

Unlike dissecting dry sections of Henry James in English 101, the Writer’s Sampler is one of those rare artisanal boutiques in the clunky strip malls of classes–students want to sample all of these unique and varied bite-sized nights. For, much like the unavoidable metaphor of a box of chocolate, once the class is gone, there’s no guarantee that either instructor or topic will return. The only guarantee is that more talented instructors and new ideas will recur, to continue to lure writers in.

“For not much more than the price of a movie you can go and dip in and experiment. You may have never written a short-short or a pantoum or a prose poem in your life and can spend one evening giving it a test run. There’s no homework, either,” Bono promises. “The potential for inspiration and community is there any time.”

Christine Falcone, a Novato writer and mother who is not exactly swimming in free time, has made it a priority to fit the Writer’s Sampler into her agenda. For Falcone, this not only means finding a sitter, but making the drive from Novato. And according to her, it’s worth it.

“I’ve discovered that becoming a part of a larger group of writers is tremendously important in what would otherwise be a very lonely–or at least solitary–profession. The value of the type of support and connection that I have found in these classes cannot be overstated,” Falcone says. “The Sampler offered on the Tuesday after 9-11 was a particularly powerful experience for me. I hadn’t been able to write about what had happened for a whole week. The instructor, [SSU instructor and poet] Elizabeth Herron, talked about beginnings and endings and letting go. The exercises she led us through helped me to process what I was feeling. I was so grateful to have had that framework in which to just unfold and to remember why writing is so critical for me.”

Bono will be the first to agree that something transcendent occurs in these evenings. “There’s this magic that happens where people open up and other writers honor that in the act of reading to one another. The act of being witnessed is very powerful,” she says. “People go really deep.”

Jean Hegland, author of the acclaimed novel Into the Forest, makes the haul from outside of Healdsburg, coming both as a teacher and as a student. “I think it’s a brilliant series,” she says. “It gives this really quick, high-energy infusion of interest and enthusiasm of ideas.”

“The instructors get to talk about things they are passionate about and they don’t have any papers to grade, they don’t have to track people down for money or put out 5,000 fliers,” Bono says.

In essence, the Sampler offers teachers exposure to people who may not be making it into formal classrooms for a multitude of reasons. It brings both the gung-ho and the reluctant writer out for the night.

To get a sense of just how many people the Sampler is reaching, Bono does the math. “We’re about to begin the ninth session. There have been 40 instructors, not counting repeats, and at least 500 people have attended. More than 500, however, have benefited. That seems like a lot to me. We’re really affecting a lot of people in the community.”

The community seems to agree, since the Sampler sees returning writers aplenty, eager for their next taste as well as new ones.

“I fooled myself into thinking these were the same faces over and over, but in this series there have been nights where I have only known two or three of 30,” Bono reflects. Considering that she has presided over all 45 classes, it boggles the mind.