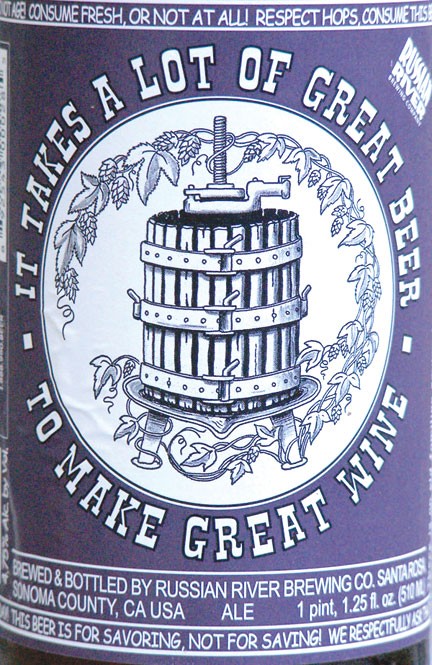 During harvest, there’s very little swirling and sniffing in a working winery. It’s all about punching down and hosing down, with not much resting up in between. Afterward, beer is usually the drink of choice. Here’s what some North Bay winemakers are refreshing themselves with at the end of the day.

“I drink cooooold Mexican beer with lots of limes,” says Harvest Moon’s Randy Pitts. “Corona or Bud for the crew after hours; for me, a shot of tequila,” says Joe Benziger, who could also use a lime. Hanzell’s Michael McNeill relaxes with Racer 5 at home. At kosher-certified Hagafen, Ernie Weir says that any kind of beer is an integral part of winemaking. “I like a lot of IPAs.”

Typically, the lab staff, because they’ve got the refrigerator, are designated keepers of the brew. But not officially: “Unofficially,” says one anonymous source of the contents of his lab fridge, “you’ll find Negro Modelo and Modelo Especial.” Modelos is also enjoyed at Hop Kiln in the waning hours of long harvest days, says winemaker Chuck Mansfield, who adds: “Responsibly, of course!”

At Madonna Estate, Taylor Bartolucci is “a good old-fashioned Coors Light girl. It’s not impressive but it gets it done after a long day,” she says, laughing. “My go-to beer is Blue Moon,” says Ferrari-Carano’s Sarah Quider. It’s Great White for her assistant winemaker Rebecca Deike, and the same for De Loach’s Brian Maloney; Racer 5, Lagunitas Pale Ale and Sierra Nevada Harvest Ale for Kokomo’s Erik Miller; Fat Tire for VML’s Virginia Lambrix. “I think we have a Heineken in the refrigerator,” says Katey Bacigalupi of John Tyler Wines.

At Siduri, Adam Lee says that in the hot, sweaty midst of harvest, something light is called for. “Actually, there is a 24-pack of PBR in the fridge right now just for those times. More popular than that,” he adds, “is Shiner Bock. Shiner, Texas, is close to my hometown of Austin.”

Over at Somerston, Craig Becker admits to being the anomaly. “I believe it takes a lot of good wine to make good wine.” He tastes through wines so that he can reflect on the current vintage. After that, he says, “I love a good whiskey.”

We find Kathleen Inman, of Inman Family wines, “literally on my way to pick up some beer from Russian River Brewing Company! It’s a really delicious, hoppy, low alcohol beer.” John Hawley is also a fan: “We actually have a fridge full. My son, Paul, also grows hops up here at the winery and makes a home-brewed ‘wet hop’ harvest ale with fresh-picked hops that is pretty refreshing after a long day.”

Indeed, Russian River Brewing Company’s harvest tribute beer, “It Takes a Lot of Great Beer to Make Great Wine,” is a hoppy, low-alcohol refresher at 4.75 percent, and brings us back to this issue’s theme, after a long day’s hard work. Is it beer o’clock?