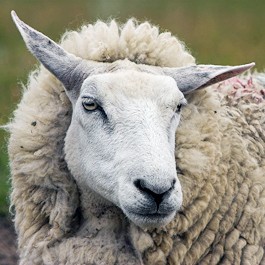 S towed away in tall ships for the long voyage, they landed on the edge of a hot, arid continent that must have surely been a fatal shore, but they put down roots and became a world-famous success. I’m not talking about convicts. Among the grapevine cuttings initially sent to Australia, Shiraz became that nation’s red wine standby for generations, before shipping out to the world on an industrial scale. Before the boatloads of kangaroo-festooned wine, the continent was all about the sheep. Even lately, a major American wool buyer’s bulletin recently celebrated an uptick in prices due to Australia’s continuing drought.

The wooly ruminants have lately regained ground in wine country. Organic vineyards employ miniature, mutton-chopped sheep—too cute to eat—as weed-eaters. Bellwether Farms makes artisan sheep cheeses, and organizations like Sonoma Direct promote Sonoma-grown lamb. All will be paired with Shiraz at an upcoming winemaker dinner called “Sheep and Shiraz” at Santa Rosa’s Zazu Restaurant, suggesting that in a food world dominated by big Cabs and grain-fed beef, the ecologically thrifty sheep and sensuous, approachable Syrah may yet have a great future.

Somewhere along the voyage south, French Syrah gained the ancient moniker Shiraz, maybe not least because it sounds better with an Aussie twang. Aside from the allure of alliteration, event host Ziggy “the Wine Gal” Eschliman says she came up with the “Sheep and Shiraz” theme to highlight the radically different styles of three “rock-star winemakers.” Darryl Groom, who made a splash leading Geyser Peak’s Shiraz program in the 1990s, still calls Healdsburg home but also makes wine Down Under; in addition to his own Palmeri label, Kerry Damskey is a consulting winemaker, well, pretty much everywhere. Shane Finley is termed the “dark sheep” of the mob, a newcomer who, having worked in Australia and Côte-Rôtie, makes small lots in between Old and New World Syrah.

These wines must be good, because they’re impossible to find. Hello, wait—here’s one last bottle of Groom’s 2004 Barossa Valley Shiraz ($20). Opening to aromas of smoky strawberry with baking spices and anise, the wine later orders up blackberry pie. It coats the tongue, seamlessly going down with a lovely warm sensation of sweet, ripe fruit—some elements of the prototypical kangaroo hooch—but this earthy Barossa Shiraz is refined and balanced, as comfortable as an old lambs wool sweater.