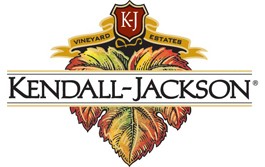 K-J being everywhere, everyone’s familiar with the family-owned empire that set the standard for widely available, quality coastal California varietal wine, and whose success even inspired slumbering industry giants to turn a new leaf. Why make a special trip here, in the center of Kingdom Jackson? It turns out, it’s not so much the wine, although K-J pours mainly limited releases, not just the bread-and-butter vintner’s reserve, at two local tasting rooms, where the motto is “a taste of the truth.” The truth is, one’s better off to skip Healdsburg and spring instead for the gastronomic flight in Fulton. Yes, it’s about the food.

The original owner built this landmark chateau, which K-J acquired in 1996, to specifications that would make Marie Antoinette feel perfectly at home sipping Chardonnay with her cake. Under the grand ceiling, visitors may opt for a $5 tasting, browse gifts and get dizzy watching a plasma wide-screen video-rama that swoops roller-coaster-style over lush green vineyards. On its surface, the center offers an enhanced suite of tasting-room standbys. But take a walk around, and find that the grounds are an authentic gourmet-locavore showcase.

Look over here: the wine center hosts a demonstration vineyard planted by SRJC; over there, find a renowned two-acre culinary garden that provides herbs and veggies for a special wine and food pairing, along with regional products like Liberty duck and CK Lamb, served up by talented chefs from the local scene. They even whip up a vegetarian plate that mirrors the flavors of the meaty treats.

Road-weary tourists expecting a meal may make a frowny face when presented with the artful tray of micro meals. I feast my eyes on the intricately detailed amuse-bouche, and note the transformation that accompanies the well-matched battery of wine pours. For instance, though I am not at first won over by Chardonnay from the regular tasting, the butterscotchy 2006 Camelot Highlands Chardonnay ($25) adds another dimension of delight to the Lilliputian pitcher of potato and fennel vichyssoise. And the 2007 Grand Reserve Malbec Rosé ($18), marginally too sweet for my taste on its own, cuts nicely through the neutral-flavored richness of cured California sturgeon, enlivened by spicy garden-fresh radishes.

The varietally solid 2005 Seco Highlands Pinot Noir’s ($35) brooding dark berry and twiggy riparian notes perfectly douse a smoky whiff of duck pastrami, served with microgreens and strawberry mostarda on a bruschetta. Fortunately the brighter, juicier 2004 Hawkeye Mountain Cabernet Sauvignon ($55) is served with the medium rare (and not at all gamey) lamb tenderloin with chimichurri; the 2004 Trace Ridge Cabernet Sauvignon’s ($55) has a dry palate of black cherry and tobacco that calls for chocolate truffle. If this is a taste of the truth, I’ll take a bottle of veracity.