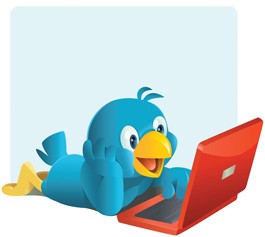 An author at this year's Book Expo America asks: Where are all the books?

Every year at the end of May, professionals of the publishing industry meet for three days at the Javits Center in New York for the biggest book trade event in North America. I had attended Book Expo America several years ago, but this year’s event signaled a deep change. If there was still any doubt that the book is disappearing, this year’s BEA dispensed with any of it.

About a third of the exhibit was dedicated to various electronic devices that are replacing print, and another third was children’s books. I have nothing against children’s books, but when all of them seem to be participating in a contest to see which can sport the the most outrageous combination of colors, an aesthetic model being set up that will account for the bad taste of generations to come.

This year’s BEA confirmed what most writers and book reviewers already know: that the publication of serious literature, and particularly of literary fiction, has been abandoned by the big publishers to the small or medium-sized independent presses. The few presses on whose tables one could see books with literary appeal were New Directions, NYRB Classics, Overlook Press, Other Press, Europa Editions—all in all, about 10 out of hundreds of publishers.

The first day was devoted to this year’s guest, Italy. Almost all the panelists who discussed the import and export of Italian books agreed that publishing books in translation (Italian, in this case) in the United States is a heroic enterprise. American publishers don’t buy foreign titles for many reasons, one being that they don’t have the governmental aid many foreign publishers have.

Several years ago, an NEA study found that, of all books published in the States, less than 3 percent are books in translation, and of these, less than 1 percent is literature. An Italian publicist confessed that if she tries to sell a book to a Chinese publisher, her chances of success are about 80 percent; in the case of an American publisher, her chances drop to about two in 1,000! Even under these circumstances, foreign publishers try to penetrate the American market, because when a title is successful, the success can translate into huge profits.

Another aspect of BEA as a major event for the publishing industry is the many concurrent events organized around it. Such an event was the Book Blogger Convention, which took place the day after BEA ended. Book blogging has become a subculture whose members are mostly women between 20 and 50 years old, often known as “mommy bloggers” because they are housewives who blog about romance novels, horror-vampire stories and paranormal novels. Many of them have hundreds of followers on Twitter, and the result is that they have the power to establish new trends. And the publishing industry has started to take them seriously. They receive review copies from publicists, and the authors court them assiduously.

At the Book Bloggers reception, I met many girls in their early 20s who already have hundreds of followers on Twitter. As far as I could tell, I was the only person at the convention who doesn’t tweet. All these 20-year-old bloggers form a community that is replacing traditional book reviewers; they know each other, read each other’s blogs and blog about the same books. So, in a paradoxical way, this subculture is even more limited in its interests than the mainstream media.

Though in theory, the internet is a space of infinite diversity, in practice many communities reproduce the patterns that exist outside cyberspace. The main difference between the new book bloggers and the old book reviewers is that the former don’t have any literary “prejudices.” They are children of pop culture and the mass media, and have transferred their interests onto the realm of books.

As a coda to the bookless BEA, the Book Bloggers reception signaled its own industry change: their electronic chatter will soon cover whatever is left of book reviewing.