We love dogs here at the North Bay Bohemian, and our pack of politically engaged, editorial-office mutts is voting Yea on a new pup-friendly proposal from state lawmaker Mariko Yamada. The 4th District assemblymember has offered AB-1965 to her Sacramento colleagues, a bill that would let towns and localities decide whether Fido the foodie is welcome in outdoor-dining areas. California public health laws now restrict beagles in bistros, dalmations in diners, terriers in tea shops, and, of course, pit bulls in brew pubs. But county officials in Los Angeles and Santa Barbara recently enacted new laws that let dogs dine alfresco, and Yamada’s bill would eliminate the legal limbo those cities created by lifting the state’s blanket restriction on dogs-in-restaurants. “While the outdoor areas of some restaurants are well-suited for accommodating dog owners, state law still prohibits the presence of most animals in food facilities,” writes Yamada in an info-sheet on AB-1965, “and makes no distinction based on their location in those facilities.” Yamada says her bill would “let public health inspectors focus on more dangerous public health risks” than, say, a slobbering shih tzu snarfing your wood-fired pizza on the Cafe Reyes patio. The editorial hounds at the Bohemian also point out that the Yamada bill could ease demand for doggie bags – very eco-friendly. They do caution, however, against ordering chocolate-covered grapes for dessert. 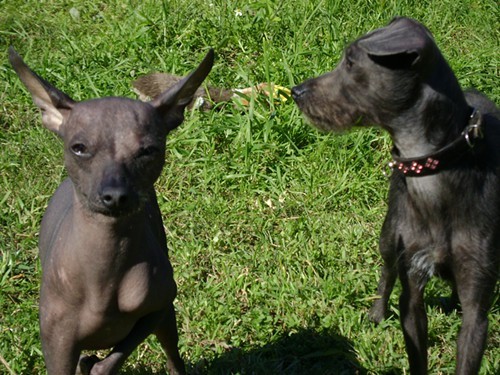