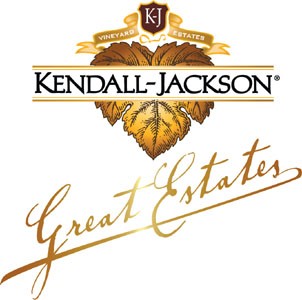 Lowdown: Even if you think you haven’t had a bottle of Kendall-Jackson wine, you’ve probably had a bottle of Kendall-Jackson wine. One of the richest men in America, K-J owner Jess Jackson has extended his empire to include Matanzas Creek, Edmeades, Pepi and La Crèma, as well as holdings in Chile, Australia and Argentina. A grocery store staple, it’s become virtually impossible to attend a picnic, party or office event without someone trotting out a bottle of K-J Chardonnay.

The chateaulike Kendall-Jackson Wine Center sits just off Highway 101, north of Santa Rosa and is a virtual rite of passage for wine drinkers who recognize the ubiquitous brand, not to mention the amazing gardens.

Mouth value: It’s easy to pass off K-J’s wines, which tend to be a little sweeter and more consumer-friendly than most, as beginner wines. But while many wineries are focusing on huge, intimidating monster wines, K-J cranks out many reasonably priced, food-friendly bottles that continue to make it a wonderful everyday choice. The 2003 Pepi Chardonnay ($12) lacks complexity and can be a bit tight, but the crisp apple and fresh fruit flavors make it a nice addition to a picnic basket. The 2001 Kendall-Jackson Grand Reserve Chardonnay ($20) is the most solid choice of whites, with lots of oak.

Kendall-Jackson tends to stumble a bit in its consumer reds (though its reserve wines have some real merit) with one exception: the Edmeades 2001 Zinfandel ($25). Lately we’ve been seeing it just about everywhere, and for good reason. With a nice complexity and character, the Piffero Vineyard Zin has lots of ripe, earthy zest, a luscious body and just enough mystery to keep you coming back for more, even when you know you shouldn’t–sort of like having a crush on a gay best friend.

Don’t miss: Even if you’re bored to tears with gardens (and frankly, I am), don’t overlook the amazing two-acres of local and exotic fruits and vegetables planted near the tasting room. A gazebo is nestled inside and can be used for picnicking. Additionally, the property boasts herb and vegetable mini-gardens from Italy, France, Asia and South America; extensive local crops; and, perhaps most interestingly, wine sensory gardens that allow you to smell and experience the flavors inherent in each of the varietals (raspberry, peach, tobacco) of wine and vegetative foods that pair well. And for the nongardener, it’s a fun stroll while waiting for the tasting buzz to wear off.

Five-second snob: Raspberries and tobacco in red wine? No way. But for many years, wine tasters have described certain vegetative aromas and tastes in terms of fruits and vegetables–and sometimes other things, like leather or metal. In the early 1980s, UC Davis created the aroma wheel with standard names and descriptions that were basically nonjudgmental and that everyone could understand: descriptors like yeasty, citrus and pungent, along with the specific fruit or vegetable tastes. For example, Sauvignon Blancs are often described as floral, peachy or having a tropical fruit bouquet. Reading wine labels and tasting menus helps to explain what the vintner or sommelier thought the wine tasted like, and certain varietals will often have similar characteristics. But ultimately, it’s what you taste.