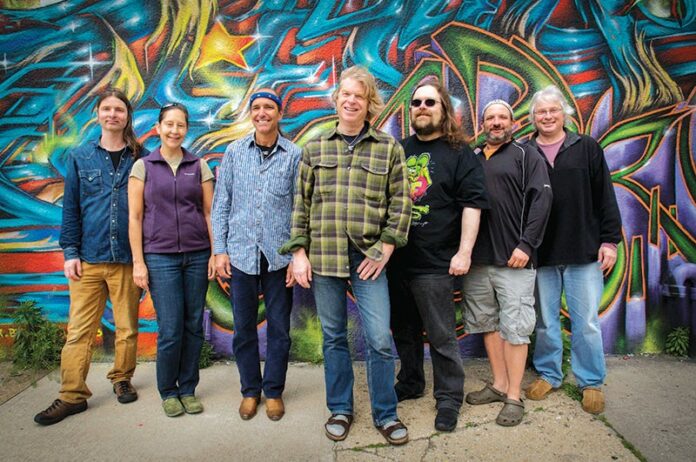 The Grateful Dead played 2,318 official concerts over a 30-year run that started in San Francisco in 1965. That’s pretty impressive.

The Dark Star Orchestra—the premier Grateful Dead tribute band—has been together 16 years and will soon surpass the Dead in number of shows played, in about half the time. That’s very impressive.

The Orchestra are playing a couple of shows at Grateful Dead bassist Phil Lesh’s club, Terrapin Station, as a lead-up to a much-anticipated 2,319th show at the Great American Music Hall in San Francisco.

Like the Dead, the Dark Star Orchestra have toured coast-to-coast in an obsessive and nomadic fashion, offering lots of improvisation to fans along the way. The band performs a repertoire of Dead jams and puts together shows that are recreated from the band’s actual set lists. The Orchestra have averaged one show every two-and-a-half nights over those 16 years, and show no signs that they’re crashing anytime soon, or will pour their light into ashes, or anything like that (the Orchestra is named after the early Dead tune “Dark Star”).

Quantity aside, the Orchestra are renowned among Deadheads for the interpretative and improvisational spirit that captures the Dead concerts that inspire them. The band’s two North Bay appearances at Lesh’s joint mark the eve of their milestone achievement, and we’re wondering if Phil will bake a cake for them. Shall we go, you and I while we can? Through the transitive nightfall of diamonds?