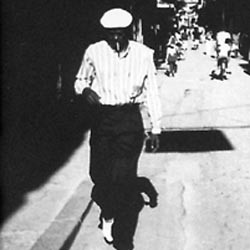 Cuba is Smokin’: All roads lead to the Caribbean hot spot.

THOSE LUSH LATIN SOUNDS continue to inform pop music–witness the south-of-the-border charm of Paul Simon’s new Songs from the Capeman (Warner Bros.), the score to Simon’s acclaimed Broadway musical and the folk-rocker’s first new release in seven years. But don’t miss the opportunity to go directly to the source, especially since Latin music has never been more accessible.

Case in point: Ry Cooder’s stunning Buena Vista Social Club, one of a marvelous series of recent Cuban music discs from the folks at World Circuit/Nonesuch. While most recordings of Cuban musicians have filtered through Mexico in recent years, the U.S. economic sanctions against that Communist Caribbean country actually do not cover musical recordings. And the increasing stateside interest in musicians from the isolated island nation has led the Castro government to invest in a state-of-the-art studio, making it easier to produce high-quality recordings on-site. Guitarist Ry Cooder has taken full advantage of that situation, rounding up many of the country’s finest players, including 77-year-old pianist Ruben Gonzalez, one of Cuba’s national treasures. The result is refreshing and sensuous. “In Cuba, the music flows a river,” Cooder comments in the liner notes. “It takes care of you and rebuilds you from the inside out.” He has created a remarkably warm ensemble that evokes the simple pleasures of hot summer nights whiled away with friends at, well, a social club. Think slow ballads laced with plaintive guitars, trilling trumpets, and lilting rhythms.

On the local front, Rohnert Park-based Tinder Records has launched its Latin Candela subsidiary with a series of some sizzling salsa and an absolute gem from Papi Oviedo y sus Soneros. It features the renowned Cuban musician Papi Oviedo on tres guitar, a contagious acoustic Latin instrument that employs three pairs of specially tuned strings plucked with a plectrum of tortoise shell. Combining traditional Cuban songs with a bluesy sensibility and gyspy guitar riffs, Oviedo’s music is charged with energy and brimming with vitality.
GREG CAHILL

NOT THE AQUA VELVETS, not the Aquabats, it’s the Aquamen. The San Francisco band fell off the wagon of traditional surf music long ago, staggering around the stage in suits, striking metal poses, yowling in staccato outbursts. The band’s unique blend of spastic surf “intoxica” channels the spirits of the Jon Spencer Blues Explosion, Man (or Astroman)?, and Dean Martin in a boozy séance. Main topics of choice: sucking ’em up (“Gin and Tonic,” “Jose Cuervo,” “Wild Turkey”), dancing up a storm (the explosive “Do Thee Alkeehol”), and some non-alcoholic selections (“Cuz Yo a Woman,” “Beans and Rice,” “Panty Raid”). The fellas claim to have tossed back more than a few while they recorded the album, and the result can be heard in a smattering of overeager timing mistakes. But so what? The Aquamen bring out the “happy drunk” in all of us.
TODD S. INOUE

THE LATEST TAPE of turntable trickery from Pee Chees/Lefties bassist Rop Vasquez is a distinctly lo-fi affair. Rop cuts up a menagerie of samples on a shorted-out tape deck that allows him to flip left and right channels with a flick of a switch. Rop’s basement tapes are flavorful and DIY. Even better, he has an upcoming tape devoted to scratching indie-rock .
T.S.I.

SINGER AND STRING instrumentalist Sherri Jackson is like Alanis Morissette injected with melanin–well, not exactly, but on Sherri Jackson, the neo-folkie’s breathy vocals do recall the Canadian’s throaty style. Jackson’s lyrics, however, are a little more literate. “Ain’t That Good” reads like a finely wrought novel, evoking post-Irangate paranoia. Indeed, Jackson’s debut defies hoary stereotypes. Like soulmates Joan Armatrading and Tracy Chapman, she sounds more like a sister raised in Bel Air than in the Bronx–good diction, as Malcolm X would put it.
NICKY BAXTER