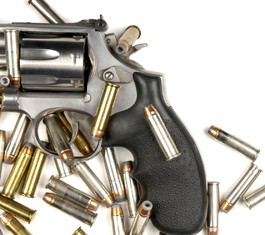 Since they were introduced in 1993, Tasers have been aggressively promoted as a nonlethal “electronic control device” for use by law enforcement, military personnel and correctional officers. Formally known as the Thomas A. Smith electronic rifle (named for the cofounder of Taser International), this instrument fires twin metal barbs attached by insulated wires to the Taser device, which delivers a 50,000-volt burst of low-amperage electricity into the target body at the point of contact. The resulting shock “temporarily overrides the command and control systems of the body to impair muscular control,” the company’s website crows.

Tasers have been purchased and deployed by more than 1,700 law enforcement agencies across the country, including most North Bay police departments and the campus officers at Sonoma State University and Santa Rosa Junior College.

“We now issue the Tasers to all our deputy sheriffs,” says Sonoma County Sheriff Bill Cogbill, whose department has purchased 127 of the $800 weapons. “I’m so convinced, based on the data, both medical and practical, that the use of the Tasers has really helped avoid injuries and death to officers as well as suspects,” he says, adding that “the number of people dying in police custody hasn’t changed over the years,” even as Taser use has mushroomed.

But Tasers have been implicated in a growing number of fatalities. “Since 1999, there have been 148 deaths in the United States and Canada following the use of a Taser, more than half of which occurred in the last year alone,” Mark Schlosberg writes in “Stun Gun Fallacy: How the Lack of Taser Regulation Endangers Lives,” a 2005 study by the ACLU of Northern California. Fifteen of those deaths were in Northern or Central California, including 31-year-old Carlos Fernandez, who was Tasered six times by Santa Rosa police on July 16, 2005. His autopsy attributed Fernandez’s death to “drug-induced delirium from methamphetamine intoxication.”

To date, there have been few genuinely independent studies of the Taser’s possible risks, particularly for individuals with a history of heart problems or drug abuse. Dr. Zian Tseng, a cardiologist at UCSF, has warned that a Taser discharge could be fatal if the shock happens to hit at the wrong moment during the heartbeat cycle, a possibility that increases when multiple shocks are given quickly.

Cogbill dismisses that as an insignificant risk. “If you have pre-existing issues, in a very small percent—point zero-zero-zero-something—you might have somebody react and die as a result of the confrontation with police and what’s going on inside of their body. If this person’s high on drugs or psychotic or something, and you’re fighting them and they’ve got their core temperature up and pulse and everything up, that’s the same as if you Tasered them, ’cause it does the same thing to the body. So whether you use a Taser or physically fought them or use the baton on them,” he concludes, “they most likely would have died from that confrontation.”

On June 6, a federal jury in San Jose awarded a $6 million judgment to the family of a man who died after being Tasered by police officers more than two dozen times. The case upheld the family’s claim that Taser International was partially responsible for Robert Heston’s death, because the company had failed to warn police “that its stun guns could be dangerous when used on people under the influence of drugs,” the Associated Press reported. Heston’s death was officially attributed to a combination of meth intoxication and the Taser shocks.

Although the company has been sued at least 71 other times, this was the first time a jury had found it liable, a conclusion made even more notable by the fact that the jury exonerated the officers who had applied the 30 or so shocks.

The decision echoed a key criticism in the ACLU report, that Taser International has marketed the Taser “as a use of force measure that can be used in a wide range of circumstances,” Schlosberg said in a recent interview. “I feel that the way they’ve promoted it, saying that it’s safer than Tylenol, is not very responsible. We’re concerned that the Taser is going to become not just a substitute for guns, but a substitute for verbal persuasion, for less intensive persuasion measures and may actually end up proliferating the use of force without proper regulation.”

In the three years since the ACLU report was issued, many departments have heeded its call for heightened training and regulation of Taser use, although others, notably the Royal Canadian Mounted Police, have begun to seriously reconsider their use of the device.

Meanwhile, Taser International is proudly rolling out a new consumer product, the C2, billed as “a personal protection device.” Small enough to fit easily into a purse or pocket, it comes in “nine designer colors,” including leopard-skin print.