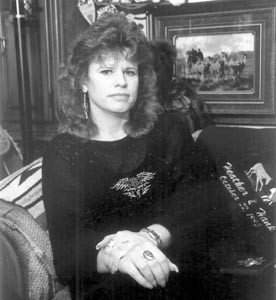 THE STRING of sexual harassment and gender discrimination lawsuits filed against Sonoma County by female law enforcement employees over the past few years continues to grow. Over the past few weeks, two more women, both veteran county employees, have filed claims for damages alleging mistreatment by county agencies.

Jacqueline Bentley, a detective with the Sonoma County Sheriff’s Department for 22 years, has filed a claim charging persistent gender discrimination, failure to investigate her complaints about it, and alleged retaliation conducted by her superiors.

According to her claim, in January 1997 Bentley was forced into reassignment with the department’s Domestic Violence Sexual Assault Unit from the Fraud Unit after the Sheriff’s Department “suffered public relations problems” over its treatment of female employees and officers. Bentley claims she was reassigned solely because of her gender. She is now on disability leave pending retirement.

The Sonoma County Sheriff’s Department has since 1991 spent more than $1.2 million in settlements for claims of officer misconduct and negligence, including more than $250,000 in sexual harassment lawsuit settlements over the past two years.

In addition, the District Attorney’s Office was hit two weeks ago with a sexual harassment claim from a longtime female investigator. April Chapman has filed a claim for damages in a case that involves alleged “injuries and damages arising out the sexual harassment, retaliation, and defamation.” Chapman has held the position of investigator for the District Attorney’s Office since 1989 and previously worked for 13 years as a Sonoma County sheriff’s deputy.

Chapman also alleges that District Attorney Mike Mullins mishandled her complaints, which caused her to take a stress-related leave of absence.

Mullins will not comment on the case, owing to pending litigation, but Sonoma County Risk Manager Marcia Chadbourne says the county is conducting an investigation into Chapman’s allegations.

There is no set dollar amount on either Bentley’s or Chapman’s claims. The dollar amount at issue exceeds $25,000 for each claim.

Meanwhile, U.S. Department of Justice officials were back in Sonoma County last week continuing the formal investigation of some six earlier sexual harassment cases at the Sonoma County Sheriff’s Department. They are also looking at hiring, retention, and workplace conditions in connection with the claims and are expected to return to Sonoma County a third time to investigate further.

“[Department of Justice] officials are following up on some of the same people and are also contacting other people who have since come forward,” says Heather O’Donnell-Mills, a former sheriff’s deputy who received $47,400 in 1996 to settle claims of sexual harassment. “I was frightened, but I came forward–and this has snowballed. The snowball effect is making [DOJ officials] keep coming back.”

O’Donnell-Mills and other plaintiffs claim the internal problems stem from the lack of response by law enforcement top brass and seep down through the department. “The harassment may not be the butt-pinching kind, but it’s holding women to a higher level of performance and keeping them in their place. It’s a power thing,” she says, adding that women who complain are seen as whistle-blowers and incur more harassment, while male employees who enjoy working with women “feel attacked” if they don’t maintain a Boys’ Club mentality.

O’Donnell-Mills says the feds are taking the investigation “very seriously” and are conducting a complete records review of hiring policies at the Sheriff’s Department over the past years. “They are examining all kinds of statistics: how many women were hired, how many went through probation and then were let go, how many men were hired over women with the same qualifications, ages, races–really specific things. They’re really going deep looking for concrete answers,” she says.

O’DONNELL-MILLS is just one of several officers at the department to complain about harassment. Last September, the Board of Supervisors paid $100,000 to Ann Duckett, an 18-year veteran and a detective since 1986. Eight weeks earlier, supervisors paid $100,000 to Tamara Bessette, a part-time deputy in 1992 and 1993. In addition to the O’Donnell-Mills case, supervisors paid $2,107 to settle another sexual harassment case brought by Sheriff’s Administrative Aide Dena Hunter. Trainee Deputy Monica Quinn and jail employee Cecile Cody also filed claims alleging sexual harassment. Quinn, alleged her then-supervisor, Deputy Sheriff John Blenker, demanded she accompany him on an out-of-town trip, retaliated against her when she refused, withheld training, and wrote her up for actions she performed at his direction. Quinn’s case was dismissed. Cody’s claim lapsed after the deadline for pursuing the case in court passed.

According to Risk Manager Chadbourne, the number of complaints about the Sheriff’s Department has declined. “There are no pending sexual harassment claims that I’m aware of,” she says. In addition to the gender discrimination claim by Bentley, Chadbourne says other cases on file include a complaint filed by Sheriff’s Department Training Manager Linda Eubanks in August alleging gender discrimination in hiring policies; and a complaint filed in September by Correctional Officer Sharon Heilman alleging gender and age discrimination. Chadbourne says both these last two cases were dismissed by the Equal Employment Opportunity Commission, but may be appealed. She adds that the sexual harassment complaint brought by Correctional Officer Nancy Sala last year against a female supervisor was resolved late last year when Sala received workers’ compensation and retired.

The Sheriff’s Department is beefing up its recruitment of women and vowing to purge sexual harassment. Sheriff Jim Piccinini last year introduced a department policy of mandatory reporting of harassment by victims. But, critics charge, this policy is hostile to women and probably would not hold up in court.

“This is placing a mandate on victims,” says Marie De Santis of the Women’s Justice Center in Santa Rosa, who is calling for more citizen participation in department policies. “The department is making a big effort in recruiting and hiring. They’re going to do what they think will be an easy fix so that they don’t have to look deeper at the internal problems of law enforcement culture in its mission, manner, and values.

“Changing the internal environment is the missing piece.”