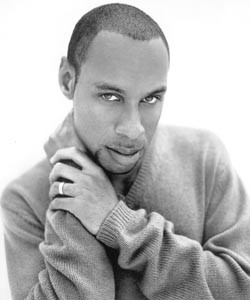 FOR ME, music is an emotional and spiritual experience,” says jazz saxophonist Joshua Redman. “When everything is right, there’s a connectedness that runs between me and the other musicians and the audience. There’s a feeling that the music that is being played isn’t simply the accumulation of all our individual impulses and motivations as musicians–instead it has a collective identity.

“In some ways, if things are going right, it feels as if the music is playing you as much as you are playing the music–you feel like an integral part of a collective experience.”

A lot of folks can relate to that in Redman’s music–fans and critics alike have hailed this 30-year-old jazz star. In the past seven years, the much-in-demand tenor and soprano saxophonist, a Berkeley native, has garnered a Grammy nomination and top jazz honors in just about every prominent music poll, from Rolling Stone to Downbeat. As one of the much ballyhooed young jazz lions–whose boyish good looks earned the saxophonist a lucrative sponsorship from the trendy DKNY clothing line, making him the first jazz musician to fuse with a fashion firm–Redman has leant a certain flair to the genre. He even landed a small film role in Robert Altman’s 1997 film Kansas City, portraying jazz sax legend Lester Young, and reprised the role in a PBS-TV Great Performances episode.

His most recent release, Timeless Tales (for Changing Times) (Warner), features covers of new standards by Bob Dylan, Joni Mitchell, Stevie Wonder, and Prince. “These songs don’t just move me as a listener; they engage me as a player, improviser, arranger, and bandleader,” he explains in the disc’s liner notes. “They’re just 10 great songs, written by 10 great songwriters.

“Yes, my father was an influence on me, but an influence from afar in the same way that other great saxophonists also influenced me,” he says, citing John Coltrane, Sonny Rollins, and Cannonball Adderly as among those who helped shape his visceral style. “I had his records, listened to them, they moved me–his music touched me.”

Since then, Redman has recorded four albums and played with everyone from jazz pianist Dave Brubeck and the retro Groove Collective to bandleader Quincy Jones and jazz-hop heavyweights Us3. Along the way, he has often strayed from such lionized neo-traditionalists as Wynton Marsalis, Roy Hargrove, and Terence Blanchard–a trio of young trumpeters who have captured the bulk of the jazz world spotlight.

He balks at being touted as the leader of the young-lion jazz movement. “I see it as a marketing and media category,” he says thoughtfully. “Something that’s been latched on to by people in the record industry and writers and critics as a way to describe a very wide-ranging and varied group of young musicians. I don’t see it as an artistic reality.

True to his word, he has explored a broad range of musical styles: R&B, soul, funk, rock, Latin, African. “It’s not like I sit back and think that I want to write a song that is a little bit funky with a dose of Latin–you know, music isn’t chemistry to me; I’m not trying to form new musical compounds,” he explains. “I’m just trying to experiment with grooves other than swing-based music.

“It’s not going to be a smorgasbord,” he adds. “It will be far-ranging, but hopefully also an identifiable group conception.”