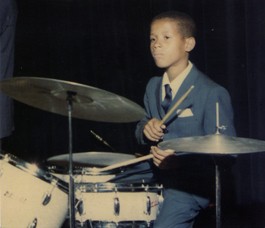 There is no record label in the country today reissuing decades-old soul recordings with more avidity, frequency and sense for archaeology than the Numero Group, an academic and semi-mysterious company possessing the secret added ingredient of impeccable taste. While soul and funk reissue labels have flourished since the turn of the millennium, many of them, particularly of the highly elastic “heavy funk” or “northern soul” persuasion, are perfect examples of curators who confuse mediocrity with authenticity. The Numero Group got off on a similar foot, focusing on arcane recordings from the Capsoul and Bandit labels, which at best were historical facsimiles (the sounds of copied sounds) and at worst, painful to listen to (poorly recorded a cappella tracks).

But then the Numero Group took a vacation to Belize, which most Americans know as a trendy and inexpensive getaway offering empty beaches, scuba diving and, if you know where to look, cheap blow. Who could have guessed that there was such a rich musical legacy down there? The unearthed music from Belize City Boil Up, released early this year, runs the gamut, covering funk, soul, reggae, calypso and highlife, all with a hard-to-define Belizean twist that is as peculiar as it is intoxicating.

Next came the label’s foray to the Bahamas, which produced the incredible Grand Bahama Goombay, the gold star of the label’s work so far. Outputted from a single studio on the island, the tracks envelop everything attractive about music: rhythm, politics, love, sex and poetry, all done in such an innocent, unaffected fashion that you almost feel guilty listening to it, like traipsing uninvited into a private party. But by providing extensive liner notes and reproduced cover art from the original Bahaman albums, the Numero Group essentially shoves the invitation into your hands.

The latest addition to the label’s catalogue is Home Schooled: The Sound of Kid Soul, which revisits American shores by spotlighting the attempts of grade-school children to capitalize on the Jackson 5’s 1970 breakthrough success. Most of these recordings were masterminded by overzealous parents, but it’s clear that the kids of Home Schooled are the ones in charge. The songs are largely sweet and unrefined, as in the particular case of the sublime and otherworldly “Time After Time” by a group of forgotten Milwaukee brothers called Step by Step, though other tracks flirt with youth empowerment, like the leadoff track “Trust Your Child” and the campy “Now That School Is Through” by a group called Cindy and the Playmates.

How did all of this great music come to suddenly see the light of day with proper licensing, royalties and historical perspective? Ken Shipley, head of the Numero Group, credits the curiosity of his small group of record-collector friends, who for purely personal reasons had taken to tracking down the original artists of obscure 45s that they had collectively discovered, pored over and fallen in love with. “I figured that as long as we’re finding these people,” Shipley says from his Chicago office, “why don’t we document what we’re doing?”

Part hoarder, part musicologist, part detective, Shipley as a child collected baseball cards and comic books and, more obsessively, G.I. Joes and Transformers (he still boasts owning complete sets of both). Coming of age in the early ’90s San Jose punk scene, he started collecting records, booking shows and running a small indie label, all by the age of 18.

Around 10 years ago, Shipley discovered soul music, particularly of the unknown, thrift-store, what-the-hell-is-this variety, and after a stint at reissue label Rykodisc, he finally launched his dream label in Chicago. Right next to the Jackson 5’s hometown of Gary, Ind., there’s possibly no better city in which to compile the kid-group sounds of Home Schooled.

“The Jackson 5 actually set off something pretty important,” Shipley emphasizes. “When you think about the Jackson 5, you think, ‘OK, there might have been a couple other groups, like the Osmonds.’ But you don’t realize that hundreds and hundreds of groups were set off! People were really trying to ride this phenomenon.”

The obstacles involved in finding now-grown singers on records made 30 years ago are myriad. The children of famed organist Merl Saunders, who contribute to Home Schooled a psychedelic, black-power jam in “Right On,” were relatively easy to locate. But the adults often retained the rights, and in some cases, like the Three Simmons’ playfully innocent “You Are My Dream (School Time),” the copyright holders turned out to be drug-smuggling criminals using record production as a tax shelter.

“Here’s the real rub with the record: we were only able to find half the actual kids,” Shipley says. “Like the Atons, for instance—nobody knows who that group is. Nobody knows who the Triads are. But these producers, they were just pumping kid groups out. They were like, ‘You got some kids? All right, let’s throw these three kids in the studio and see what happens.'”

Another problem Shipley faced was the Embarrassing Childhood Photos factor. The Eight Minutes’ Wendell Sudduth was easy to find—he still lives in Chicago—but nearly impossible to convince that reissuing his group’s killer track “Here’s Some Dances” was a good idea. “A lot of this stuff, it isn’t a positive note for most people,” Shipley admits. “When they think about this stuff, they don’t think, ‘This is exactly how I want to be viewed in my life.'”

The Numero Group makes deluxe packaging, especially for vinyl releases, which always include extra tracks, heavy gatefolds, inner sleeves and full-color illustrated liner notes. There’s a cohesion of style in the label’s design, inspired by the matching spines of Impulse Records and Jim Thompson’s crime books, and a variety of projects on deck for the future (this year’s Ladies of the Canyon explores unknown female singers from the era of Joni Mitchell’s Blue, which Shipley cites as his favorite album).

But the biggest task, always at hand, is the musical detective work, the Indiana Jones&–like passion for discovery. Shipley knows that even the tiniest clues from seemingly insignificant people can lead to goldmines, like the box of original tapes from long-lost soul singer Helene Smith that he listens to in the background during our interview, which he recently rescued from someone’s ex-wife’s basement in Miami, or the singers in the Bahamas who opened the nooks and crannies of their archives and shared every minute detail of their lives with him for Grand Bahama Goombay.

“If you keep cataloguing it and cataloguing it,” Shipley says, referring to his reams of notes and boxes of old photos, “you get a real database of weirdness.”