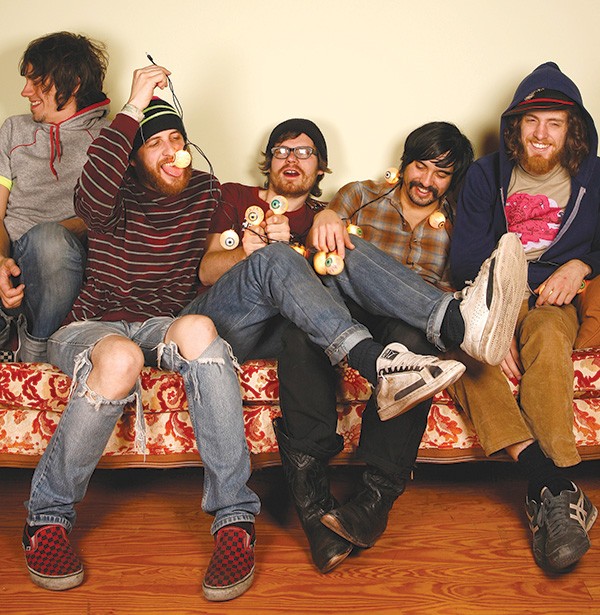 A highlight of every summer is Petaluma’s “Live at Lagunitas” series at the Lagunitas TapRoom & Brewery. With this season coming to a close, the brewery has a special treat when experimental Philadelphia rockers Man Man take the stage Sept. 14.

In addition to a set of highly energetic grooves and infectious melodies, the concert will also feature a chance for the audience to participate in what’s being called the “Man Man Uke Uke Jam Jam.” This tongue twister is open to anyone with a ukulele who wants to get in on a jam session with the band and play a cover of their song “Deep Cover,” which will be filmed and no doubt uploaded to Youtube within the hour. Heads up, the Uke Uke Jam Jam is a separate ticket from the concert, both of which need to be picked up through the band’s website.

“Deep Cover” is from Man Man’s latest album, On Oni Pond. The record sees the band maturing from reckless abandon to rhythmic rambling. Light on the guitar squeals that defined their early output, Man Man are actually flirting with pop these days, though they still retain their unpredictable streaks of freak-folk weirdness, complete with psychobilly keyboards, dark funk jams and the occasional xylophone thrown in for fun.