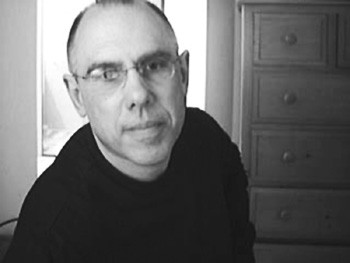 The wonderful, horrible thing about the Internet is that anyone with a computer and some patience can create a website. An enlightening, distinct purpose is not required, which is why there are sites like www.squirrelsex.com and www.belts.com.

Then there are websites that don’t dazzle the eye so much as the mind; the labyrinthine network of literary ephemera on the McSweeney’s site comes to mind, as does Word Riot and The Blue Moon Review. These are places where readers come to read.

“It was an idea that I had for a long time,” says Mierzwinski, who lives in Mill Valley, a recent transplant from Santa Rosa. “In the height of the Internet frenzy, everyone was making websites. And I had this idea of a literary website, so I registered the name just to say that I did it, and the idea just hung around. With things like that, something will trigger some action and I’ll just go ahead and do it, without much premeditation.”

So Mierzwinski up and started his site, which he named after Jack Kerouac’s admiration of people who burn “like fabulous yellow roman candles” in On the Road. “Part of it is that I wanted to learn web building, because I think it’s an artistic endeavor and I have fun playing around with the programs, although I’m not a real tech weenie or anything. Other than that, the motivation is expression.

“There’s a lot of literary stuff on the web of varying degrees of sophistication and quality and design,” he adds, “and I think what appeals to me most is something that has more of a community feeling to it, an artists’ collective type of thing. And that’s what I’m trying to do with it–give a voice to the people who congregate at all the readings, just to get their work out there.”

The debut issue came out this February and features short fiction by Jordan E. Rosenfeld, Guy Biederman, Yosha Bourgea, Gary Carter, and Cynthia Robinson; and poetry by Penelope La Montagne, Barbara Jaffe, and Rosemary Passantino–all Bay Area writers. Mierzwinski has a short story on the website, too; titled “Albuquerque,” it’s a beat-style, whirlwind tale of transient no-goods who don’t give a crap about much of anything.

The website came together rather organically, with submissions coming “just through getting the word out, through Jordan [Rosenfeld, of the LiveWire Literary Salon in Petaluma] and other people. I know some of them, some of the people I don’t.” Mierzwinski was looking for “stuff that appealed to me, had something that I felt when I read it.”

All of the stories on Roman Candles are in PDF format, so they have a clean look and read more like the pages of a book than the cluttered text of an online magazine. “I have never read an HTML story on the Internet from beginning to end. It hurts my eye,” admits Mierzwinski. “That’s why I put them up in the PDF files, because there’s more white space. I designed the whole thing myself. I play around with a very basic program called Front Page, which anybody who’s into doing web building will say right away, ‘Oh, that’s a piece of shit, why do you use it?’ But I can work it, and I’ll migrate to something more sophisticated eventually.”

It’s true that the very utilitarian Roman Candles will not be winning design awards anytime soon. It’s also true that there are countless pretty-looking websites out there–literary and not–with utterly forgettable content. “I just wanted to make it simple,” he says. “There’s a little bit of my bully pulpit there. I get to put up my photos of people who I think are roman candles [including the dearly departed Joe Strummer], make little political statements.”

One of Roman Candles‘ most powerful offerings is also one of its most hidden. Mierzwinski is keeping an on-again, off-again chronicle of his radiation therapy for throat cancer called “Diary of a Disease.” The entries are a brutal, honest, and raw account of the ravages that radiation therapy and chemotherapy take on the mind and body. “I can’t write about it now,” he says. “There will be stories coming out of it later.”

Mierzwinski has been writing all his life and makes his living as a business writer. “I’ve been making attempts at poetry and fiction since I was a teenager, but never got seriously into writing until the early ’90s,” he says. He cites writer and teacher Guy Biederman and his Low-Fat Fiction class as an inspiration. “He’s an excellent teacher, and he knows how to draw talent out of people.

“The Bay Area has a very huge community of artists–writers, painters, photographers, thespians, you name it–but they all float in their separate spheres. Not everybody meshes and gets together. With writing circles, they’re very cliquey. They kind of feed on themselves. I don’t feel a lot of real community.”

Nevertheless, there is an active, if more or less independent, thicket of writers in the North Bay whose presence is becoming more evident as the years pass. “I see the community of writers–what Jordan created up at Zebulon’s, things like that–popping up all around. I’m fond of Sonoma County and the people up there. Roman Candles has sort of a Sonoma-Marin thing kicking it off; I think it will grow.

“I’m going to do it quarterly at first and see how it goes,” Mierzwinski continues, “and I’ve got another issue ready. I have been getting submissions in from all over the country because I got listed in a couple of search engines,” Mierzwinski says.

Roman Candles is just one of hundreds of literary websites whose collective power has given writers–particularly short-story writers–a forum and an outlet in a time when it’s less and less common to see short fiction get into widely-circulated print. It’s an odd circumstance, considering that magazines and books about every topic under the sun continue to mushroom.

“We’re flooded with all sorts of media and literature and nonfiction,” says Mierzwinski. “It’s just overload right now, so it’s hard for even some of the top writers in this country to have a good voice, never mind the people that are just emerging.”

Roman Candles counteracts the overload by contributing to it, focusing on the writers and their words.

Go to www.romancandles.com to read the stories mentioned here. A new issue of ‘Roman Candles’ will be posted May 1; the deadline for submissions is April 15. For additional listings of online literary magazines, go to www.newpages.com/npguides/litmags_online.htm.