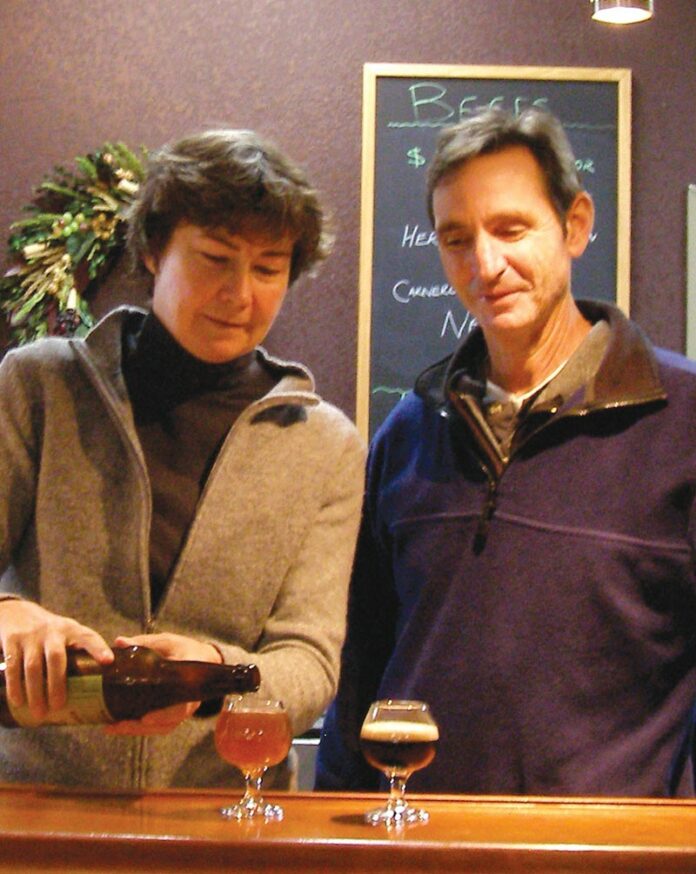 Try before you buy beer from around the world

Amazing that Rincon Valley Cyclery managed to make it in this almost secret spot, tucked away behind a Chevron off Highway 12, for some 20 years. Almost every day since Michael Scalet and Renee Reynolds opened Rincon Valley Wine & Craft Beer in July 2013, someone wanders by, asking hey, where did the bike shop go? And then they say, hey, beer!

What would move this soft-spoken pair, who don’t strike one as prototypes of the booze biz, to quit 20-year careers in healthcare and open a small wine and beer shop in wine and beer country, where markets overflow with an abundance of both? “We hit the point where we weren’t happy doing what we’re doing,” says Reynolds. So they asked, “What now?” Scalet, who had lived in the area previously, thought that there was an underserved market in Santa Rosa, despite even places like Whole Foods having a beer tasting tap room. He was right. “Even the beer buyer from Whole Foods comes here,” says Reynolds.

On cue, a young couple peek in the door and politely ask if they’re really open. Turns out people can’t get enough craft beer. And brewers can’t make enough. It takes a lot of work, Scalet explains, to track down craft brewers and get highly allocated releases on their shelves. Sometimes it’s just one or two cases, and that’s it. Reynolds and Scalet are assisted by one employee, a beer fan who sought them out—although at first, they were skeptical: “No one can know that much about beer.”

The Clown Shoes Mexican chocolate stout that I purchased the other week is certainly gone now. But flights of four beers may be sampled at the tasting bar, generous four-ounce pours each. What’s going on in beer today, it might be asked, that I can’t necessarily find at my local supermarket? Maybe this Belgian-style Gueuze, made by a four-year-process of refermentation. Here’s a Boulevard Bourbon Barrel Quad ($15.99) and Far West Vlaming ($21.49), a West Flanders–style red ale from Oregon’s Logsdon Farmhouse. Categories may soon be antiquated, says Scalet, as there are Danish brewers now making California-style imperial ales in Belgium. And what to make of To Øl’s “Fuck Art Let’s Dance” ($21.99)?

There’s also a fun selection of wine. Hopland’s Rack & Riddle Brut (21.99), for instance, and 2012 Pessó Garnacha ($10.99) from Spain. Often a couple will stop in, one wanting wine, the other beer: they both find happiness. “A huge part of our customers are people who work for wineries,” says Scalet, “especially during harvest. We sold a lot of beer during harvest.”