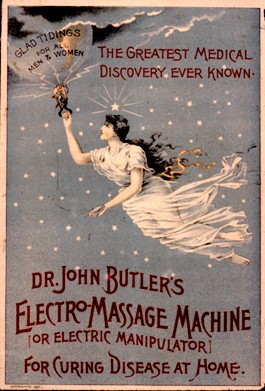 We are all singing in different languages, but there is unity and harmony.” Although the late Malian njarka player Hassi Sare—a subject in the documentaryTimbuktoubab—is speaking of his experience blending musical cultures in the West African land known as the roots of blues, he could just as easily be summing up the overall vibration of the Sebastopol Documentary Film Festival, running Nov. 8&–11 at the Sebastopol Center for the Arts.

The first of its kind in Sebastopol, the festival is the brainchild of filmmaker Eliza Hemenway, who has brought together a wide array of 40 independent documentary films. Hemenway, who moved to the North Bay from San Francisco a year ago, explains, “The Bay Area is the hub for documentary filmmaking. It’s the heartbeat of it in the country, so I couldn’t believe that there wasn’t a strong population of filmmakers here, and of course there is.”

Amid so much good, there are a few true gems to watch for. The Eloquent Nude (Friday, 7pm) is a beauty of a film examining the life and love between Edward Weston and Charis Wilson. Wilson, now in her 90s, recounts her years with Weston, with some laughs and some regret. Not only was she one of his most famous models, his muse and his lover, she was a young woman struggling to come into her own, both in harmony with and in the shadow of Weston’s genius.

There are several other films that highlight resident talent, a conscious goal by Hemenway, who has dubbed this section of the festival “Reel Community.” Texas Gold (Friday, 7pm), directed by Santa Rosa filmmaker Carolyn Scott, follows modern-day fisherwoman Diane Wilson, a mother of five who takes on the petrochemical industry and is dubbed an “unreasonable woman” when she rallies against the toxic pollution of her stretch of ocean.

Every Beat of My Heart: The Johnny Otis Story (Saturday, 7 pm) is a still-in-progress bio of Johnny Otis, a longtime Sebastopol resident who discovered Etta James and is often called the Godfather of R&B. A Q&A with filmmaker Bruce Schmiechen follows directly after the film, itself followed by a Johnny Otis tribute concert with Jackie Payne and Steve Edmonson band at the French Garden Brasserie after the screening, featuring Nicky Otis, Johnny’s son, on drums.

Village HopeCore (Saturday, 12:45 pm), part of the festival’s Youth Forum, was created by Sonoma Academy students Jake Eakle, Becca Heitz, and Myles Lawrence-Briggs and profiles the men and women of Chogoria, a rural village in Kenya, and how micro-lending has changed their lives. Other Forum films include Child of Our Time, which follows the collaboration between the Santa Rosa Symphony and 15 teens who respond through art to the poem and music of Sir Michael Tippett, and The Toolbox Project, a short film developed for West Sonoma County schoolchildren.

Patrick’s Gallery (Saturday, 12:45pm) highlights the work of Sebastopol sculptor Patrick Amiot and how the sculpture of a fisherman changed his life (and the face of Sebastopol). Just wander down Florence Avenue if you want a preview.

The festival also pulls the craft of good filmmaking off the screen and into a series of special personal presentations. Film editor and Santa Rosa resident Vivien Hillgrove (Henry and June, The Unbearable Lightness of Being) hosts “Filmmaking from an Editor’s Perspective” (Saturday, 3pm), an examination of how editing can make or break a film. A retrospective and Q&A session with the award-winning San Francisco&–based documentary filmmaker Ellen Bruno (Saturday, 4:45pm) gives an overview of this prolific documentary filmmaker, whose work has garnered some 25 national and international honors, including a Guggenheim Fellowship.

As with many budding new art shows, entries can be hit and miss, especially if you enjoy the traditional History Channel documentary form, but, hey, this is a Sebastopol festival, and in due fashion, the diversity in opinion and presentation here is impressive. Come explore what global and local independent filmmaking has to offer, and help turn the First Annual Sebastopol Documentary Film Festival into a second annual.