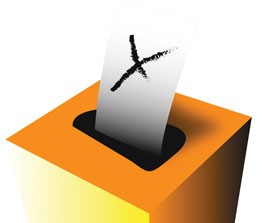 Props on the Props

The Bohemian recommends on June 8 propositions

Editor’s Note: The Bohemian’s mandate is to cover Sonoma, Marin and Napa counties, a particularly impossible task when it comes to elections. Because we are unable to individually interview candidates in such important races as supervisorial and district attorney picks, we cannot offer recommendations on same. We are also unable to adequately cover small regional measures.

Propositions 13 Earthquakes are a daily occurrence in the Golden State, and this year’s Proposition 13 is aimed at making homeowners, at least, a little bit safer when the next big one hits. Unlike its circa-’78 big bro, this Prop. 13 is unopposed on the California Voter’s Information Guide and, what’s better, it promises to makes our small slice of the world safer for all of us through the miracle of reduced taxation.

Currently, homeowners who perform seismic retrofits on their homes, particularly nonreinforced masonry (known more familiarly as “bricks”), may find their home values reassessed. Under the new Prop. 13, seismic retrofitting would not result in higher property taxes until the building is sold, giving homeowners a chance to act before it’s all a rubble. Estimations are that there may be a small drop in local property tax revenues resulting from the passage of Prop. 13, but no other unwarranted effects are forecast. This child of the old Prop. 13 trembles a bit at the thought of supporting a proposition that’s 13, but it’s the right initiative to pass. The ‘Bohemian’ recommends: YES on Prop. 13. —Gretchen Giles

Proposition 14 Prop. 14 would do away with party primaries and replace them with an “open primary,” in which Democrats, Republicans, Greens, Libertarians and Peace and Freedom candidates would battle it out. The top two vote-getters would win the opportunity to face off in a general election.

Supporters claim the amendment would diminish the power of the two main parties, and more importantly, the special interests—unions and big business—who wield such power over the parties.

The only thing Prop. 14 does is take the voters out of the picture. California needs comprehensive political reform, along the lines of what California Forward recommended. Prop. 14 isn’t it. The ‘Bohemian’ recommends: NO on Prop. 14. —Eric Johnson

Proposition 15 The California Fair Elections Act would take a baby step toward getting special interests out of campaigns by creating a pilot program for publicly funded elections. It would focus, for symbolic reasons, on the very state office that oversees balloting. Candidates for secretary of state would have the option of tapping into a pool of money collected from registered lobbyists (in the form of a $700 fee every two years) and using it to fund their campaigns, ostensibly freeing them from obligations to big donors. The initiative would also lift California’s 20-year ban on public financing of campaigns, paving the way for future publicly funded races.

The most common criticism of this initiative—that it would waste taxpayers’ hard-earned dollars—utterly overlooks the fact that funding would come from lobbyists, not taxpayers. Another criticism—that taxing lobbyists to fund elections has been proven unconstitutional—doesn’t take into account the fact that this is a fee, not a tax, and a modest one at that. Others fret that it’s a gateway to a gold rush by fat-cat politicians eager to stick taxpayers with their campaign bills.

Supporters point to successful “fair elections” frameworks in five states and relate intriguing anecdotes about what elected officials can accomplish when they’re beholden to no one. There’s very little to lose here, and an awful lot to gain. The ‘Bohemian’ recommends: YES on Prop. 15. —Traci Hukill

Proposition 16 The “Taxpayers Right to Vote Act” has nothing to do with any existing right to vote. Prop.16 is really about energy and who owns the right to sell energy to the public. If it passes, opponents say, Californians would be tied to just a handful of energy companies, and their dominance in existing and new markets would essentially be written into the state constitution. Since the beginning of this year, PG&E has donated more than $35 million to the cause.

If Prop. 16 passes, it would amend the state constitution to require a two-thirds approval (rather than a simple majority) by local voters before a Community Choice Aggregation (CCA) could provide electricity to any new customers if there was any public money or debt involved. It would require the same two-thirds approval by any community that a CCA wanted to expand into, whether or not public money or bonds were involved. Proponents of the measure say the electricity business is risky, and voters should be able to vote when public money is being leveraged. Opponents say Prop. 16 is just a thinly veiled manipulation of the initiative process, and that it would constitutionally guarantee a monopoly for companies like PG&E. The ‘Bohemian’ recommends: NO on Prop. 16. —Kylie Mendonca

Proposition 17 Like Prop. 16, this prop is entirely backed by one company, in this case, Mercury Insurance. The allure of Prop. 17 is that consumers who choose to switch insurers can keep their continuous coverage discount and take it with them, saving up to $250 a year. Prop. 17 promises a 90-day grace period if drivers lapse on their car insurance payments. Under current law, if drivers qualify for the continuous coverage discount and then switch insurers, they cannot take that discount with them to a new company.

If passed, insurance companies would be permitted to ask a consumer for proof of auto insurance for the last five years without any lapse over 90 days, even if he or she hadn’t been driving during that time. If the consumer can’t prove coverage, an automatic penalty of up to $1,000 could be added to the premium. Opponents see Prop. 17 as a way to make insurance companies less accountable while giving them the ability to raise premiums and add penalties. The ‘Bohemian’ recommends: NO on Prop. 17. —Morgan Carvajal