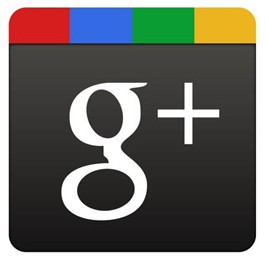 As with the rollout of Facebook, Google’s latest foray into the social space has trickled out to the masses through much-coveted invitations to join Google+. These first came down from on high to a core of “influencers,” who in turn were granted the ability to share invitations, until I finally received one, which I promptly shared with my editor to assert my, ahem, relevance as a tech and media writer.

The launch strategy, Google explains, was implemented so that it can work out bugs in the system before a full-blown roll out. But Google’s marketing department surely understood the value of creating an elite fetish object of the product by meting out invitations like golden tickets in Wonka Bars. Predictably, “invites” ended up on eBay where the bidding quickly approached three digits.

Why are people so eager to gargle Google’s Kool-Aid? After all, Google’s other attempts at social media have flopped. Google Wave remains a mystery, and social network Orkut is only big in Brazil. Moreover, with Facebook and Twitter already tugging at the limits of our cognitive bandwidth, can we even sustain another network?

Many people’s existing social networks have a head count that far exceeds the Dunbar number, a theoretical limit to the number of relationships one can maintain with any sense of stability proposed by Brit anthropologist Robin Dunbar: a mere 150. Some theorists suggest our inability to proficiently keep up with any more than that is something of a vestigial evolutionary trait that once helped us navigate our tribal communities. Since then, of course, our notion of what constitutes a “community” has pushed into new gradations, which extend the concept from the person with whom you’re sharing a sandwich to the outer reaches of pure metaphor.

But social networks have evolved too, and Google+ has found an elegant way of managing one’s “friends” that more accurately represents who and what they are to you. The “Circles” function allows users to organize one’s online associates into various bubbles, from obvious distinctions between friends, family and acquaintances to other bubbles for business or specific projects or whatever other form of quarantine you require. Moreover, its interface far and away trumps its competitors.

Likewise, Circles allows one to share posts and messages with specific groups instead of everyone in your network. Your editor, for example, need not know that you’re blowing off a deadline to binge-drink with the high school drama club you just reconnected with online.

Though Twitter and Facebook provide some means of social ordering, Google’s is the most efficient and egalitarian—all “friends” have a place in your life, just not every place in your life. One need not feel like a “mean girl” while pruning the social bonsai tree, which is definitely a plus.