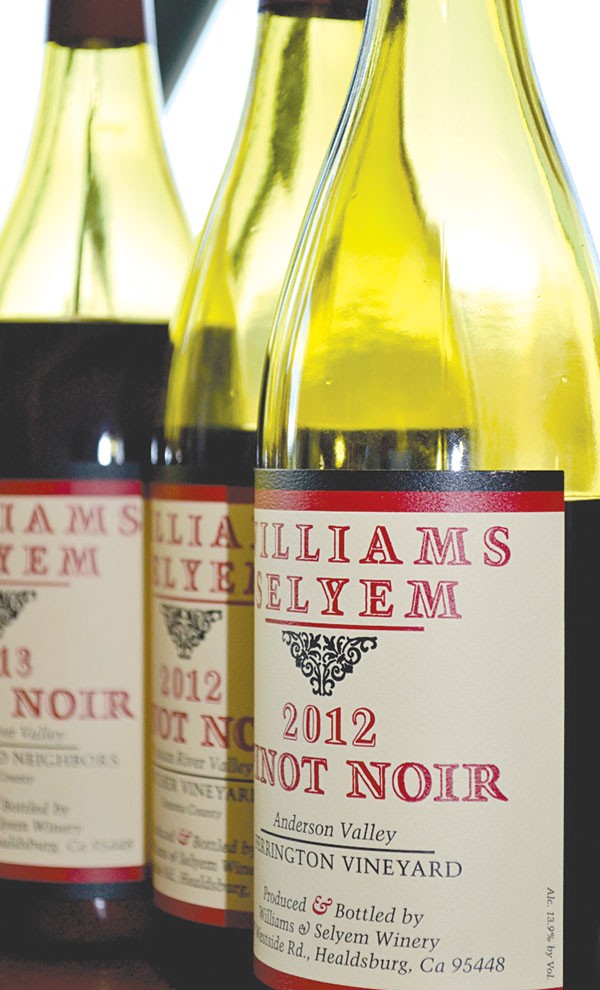 Pinot to Pine For

Jumping the line at Williams Selyem

Being a fan of Williams Selyem is an exercise in delayed gratification. It’s not that the wines require years of cellaring—being mostly Pinot Noir, they are reasonably drinkable upon release. And it’s only partly that they are offered just twice a year. First, you must add your name to “the List” and wait, for more than half a year, until your name is called. This is why the words that most often follow “Williams” and “Selyem” and “iconic” are “highly allocated.”

To top that, the winery has no tasting room open to the public, so you cannot try before you buy. First, get in line. Recently, I jumped that line, to find out what this world-famous but locally secretive winery’s got tucked away off Westside Road in Healdsburg.

The first thing I do is overshoot the driveway by about a mile. Point taken: Williams Selyem does not invite the casual visitor, and displays only a discreet address by a buzzer and a locked gate. At the top of the drive looms a striking, glass-fronted building that seems to be bursting with wine barrels. They’re empty, decorative barrels, it turns out, each a tribute to vineyard sources they’ve worked with over the years.

This slick space, opened in 2010, is a place apart from the humble garage where founders Burt Williams and Ed Selyem made their first wines under the name “Hacienda del Rio” in the early 1980s. When I ask about that label, tasting salon host Jesse Hummel reaches over and plucks that very bottle off the wall to show me. This could be a magic moment for a long-waiting fan.

A dented, old stainless-steel dairy tank enhances the shrine-like experience—on a tight budget, Williams and Selyem bought these second-hand tanks to use as fermenters. But it’s more than a relic: fermentation is still done the same way in dozens of such tanks up the road at the old facility, ensuring, perhaps, that some subtle character of the wines does not change.

“You could say it’s self-created market scarcity,” Hummel suggests of the complex allocation scheme. “But do the prices reflect that?” Indeed, the cinnamon-spiced and pomegranate-and-blood-orange-fruited 2013 Sonoma Coast Pinot Noir ($60) is not crazy expensive for a coveted Pinot from this area.

The latest iteration of the California State Fair winner that got the winery noticed in 1987, the silky, demure 2012 Rochioli Riverblock Russian River Valley Pinot Noir ($89), is attention-getting if you’re paying attention. A rare library release, the warm, earthy and strawberry-conserve-scented 2012 Bucher Vineyard Russian River Valley Pinot Noir ($69) is offered directly to visitors—hope for instant gratification after all.

Raisins in the Sun