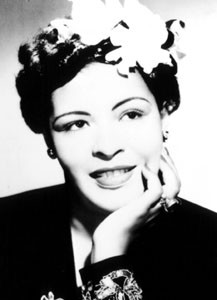 Music To Listen To While Reading Ralph Ellison

Music to read Ralph Ellison by

Live with music, or die with noise,” author Ralph Ellison once wrote. His own choice was clear. Music–and especially jazz music–provided a wellspring of inspiration for a writer whose influential 1953 novel Invisible Man marked a turning point in American literature and exposed a side of the black experience that few whites understood at the time. Jazz not only informed his writings (providing titles for his works, motivation for characters, and even the beat of the dialogue), it also served as a topic for some of his best-known nonfiction writing compiled in a recent book and set to music on a newly released CD.

Case in point: Ellison’s story “Cadillac Flambe.” It tells the tale of Southern jazzman LeeWillie Minifees, who embarks on a road trip to Harlem, listening to jazz on the radio and hoping to study the phrasing of regional players while enjoying the drive. Instead, he hears a senator call the Caddy he cherishes a “coon cage.” Angered, Minifees careens onto the senator’s lawn and ceremoniously sets the car ablaze. “You can have it, Mister Senator,” says Minifees, “I don’t want it.” Then, quoting from the Billie Holiday song “All of Me,” he booms, “You have taken the best . . . so, dammit, take all the rest! Take all the rest!”

Eight years after his death, after being snubbed in the ’60s and ’70s for failing to meet the expectations of black radicals, Ellison is now comfortably ensconced–along with Richard Wright, Langston Hughes, and James Baldwin–in the pantheon of great black writers.

These days, Ellison is enjoying renewed popularity. Last month, PBS aired an hour-long documentary by filmmaker Avon Kirkland on Ellison’s life, coupled with a dramatized production of his classic essay “King of the Bingo Game.” Those nonfiction jazz writings–which include essays on Charlie Parker, Billie Holiday, Charlie Christian, Louie Armstrong, Jimmy Rushing, Duke Ellington, and Mahalia Jackson, among others–can be found in the book Living with Music: Ralph Ellison’s Jazz Writings (Random House; $19.95), and a newly released companion CD, Ralph Ellison: Living with Music (Columbia/Legacy), features 13 tracks that provide a backdrop for those essays, as well as a rare five-minute excerpt from a 1964 Ellison lecture titled “A Writer’s Experience in the U.S.”

In the CD liner notes, Robert G. O’Meally (who also edited the compilation of jazz essays), writes: “This collection echoes the work of Ellison the trumpet player and composer-in-training who became a writer and offers Ellisonian equipment for those deciding not only to shun the noise but to live with the momentum implied in jazz music: To live a life that swings.”

In his writings, Ellison–who spent the last 40 years of his life writing a second novel, published posthumously–returned over and again to the swing life. His 1986 collection, Going to the Territory, draws its title from a Bessie Smith song and refers to the early jazz and swing bands that plied their trade on the Plains. And, O’Meally points out, Ellison’s 1944 story “Flying Home” (included on the CD) took its title from the popular wartime theme song recorded by Benny Goodman, Lionel Hampton, and Charlie Christian–one of the first multiracial jazz bands–in which the players trade solos and background riffs.

“Try hearing the notes as statements by characters in a story,” O’Meally writes. “‘Each melodic line,’ Ellison wrote in Invisible Man, ‘stood out clearly from the rest, said its piece, and waited patiently for the other voices to speak.'”

Taken together, Living with Music, the book and CD, provide a glimpse into one man’s lifelong pursuit of the muse, his determined quest, as Ellison said, “to capture the textures and colors of experience.”