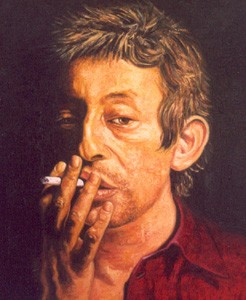 A study in the mechanics of shopping music

The right music can make you buy stuff. Ladies, if you’ve ever blundered into a Victoria’s Secret with the Mozart cranked up and suddenly felt a bodily need to purchase a new wardrobe of lacy, satin undergarments, you know what I mean.

Typically, though, shopping music isn’t meant to be heard, but felt: it’s a soothing, familiarizing white noise in the form of Air Supply and Phil Collins. At a Safeway once it took me a whole minute of passive listening to realize that they were playing an R.E.M. song. How long have they been playing R.E.M. in grocery stores? I felt conquered, yet liberated. R.E.M. used to be music for arty college kids, and now it’s a soundtrack for buying Hamburger Helper.

The social dynamics of music in places of commerce has been a large part of my life lately, as I work in an upscale chocolate boutique. While we may be upscale, we’re still cheap enough to pipe our shopping soundtrack through a janky little stereo offering songs of two genres: jazz vocals and world music. Listening to this stuff for nearly 40 hours a week has greatly altered my attitude toward Cole Porter, as well as made me realize that “world music” is just a euphemism for “third world music.”

To maintain my sanity, as well as shake things up a bit, I decided to conduct a little experiment: play music I really like, and see if it motivated people to buy chocolate. This is not as simple as it sounds. Good music does not always move product, something I realized when a co-worker forcibly ejected my Original Carter Family CD from the stereo. I guess old-timey Appalachian woe gels badly with gourmet foodstuffs that retail for $30 a pound.

Selecting the five most subversive CDs I could think of, I loaded them into the CD changer one morning before the store opened, telling no one of my Folgers-esque switch. I wanted to believe that, played at the correct volume, unlikely songs could provoke an explosion of cash transactions greater than the scatting expertise of Sarah Vaughn, whose crystal-clear voice I had had just about enough of. Here are the results of this steely scientific experiment:

Figuring that the soft-rock ballad “Chocolate Town” would be a perfect fit, I forgot that the album opens with a raucous Motörhead-style rocker and had to scramble to grab the remote so I could skip over that one. Ween can craft lovely, melodic songs, but they inconveniently feature lyrical passages like “Fuck you, you stinky ass ho.” Fearing for my job, I wussed out and skipped the entire CD.

2) The Ramones, End of the Century

The Ramones lost a huge chunk of their trademark punch at the overbearing hands of producer Phil Spector here, so this is thusly soft enough around the edges to play around children. Plus “Chinese Rocks” is on the album, and I like the idea of playing songs about heroin at work.

For whatever reason, customers in a chocolate store respond readily to French music. Stereolab, not French per se, does have a French lead vocalist. What’s better, many of their songs contain politically radical lyrics buried under layers of foxy Moog and Farfisa drones. Lounge + French + Marxism = $.

Lynn’s much-ballyhooed new album is amazingly good, though I worried that playing it would result in more of the dreaded Appalachian stigma. But holler-bred Loretta can pull off something that the Carter family can’t: she sings about getting fucked up and fucking in a time-honored Nashville tradition that alludes to obscenity in such a family-friendly way. We had ourselves a chocolatey honky-tonk!

The homely Gainsbourg triumphs! Some of these lyrics are totally lecherous, but because it’s French, no one knows! The trick is to play music that is evocative to the subconscious self (French + chocolate = sexy!), yet noninterruptive to the conscious self. It’s a fine line to walk, but a vital one, and Serge G. pulls it off with perverted Gallic style.