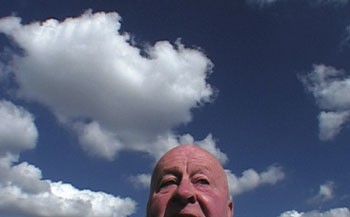 ‘Mondovino’ a documentary with attitude

Although recently bought out by the somehow even larger Constellation Brands Inc., the Robert Mondavi Corporation is a force to be reckoned with, both in our local area and within the wine industry as a whole. Owning eight different wine companies in California; founding the Institute for Wine and Food Science on the UC Davis campus as well as the school’s performing arts center; and contributing to countless other local artistic and social endeavors makes Mondavi a powerful part of the region we all inhabit. Robert Mondavi was even directly responsible for the creation of COPIA, our seminew and semifamous American Center for Wine, Food and the Arts located in Napa.

But what is Mondavi and any other huge wine industry conglomerate really like? How good are they for the wine industry as a whole? Is all this extracurricular assistance merely a mask that hides a black strategy of greed and apathy toward the alcoholic beverage they have claimed as their business of choice? To help answer these questions, documentary filmmaker Jonathan Nossiter has spent three years filming his latest effort, Mondovino.

Mondovino is a sprawling epic of a documentary. Shot across several continents, it is a scrutinizing and in-depth look at the wine industry. Interviewing vintners themselves–small independent growers or large corporate industries alike–is the main focus of the film. Time is also spent with landowners, laborers and critics in an attempt to create an overall perspective of the business and consumption of wine. But there is a significant and oftentimes bewildering undercurrent in Nossiter’s work. Whereas on the surface, Mondovino seems content to serve as an educational and impartial look at how wine gets from vine to table, a conflicting element runs subtly throughout the entire film.

This conflict focuses on the Mondavi wine corporation and its alleged efforts to squash all competition that isn’t already absorbed into the family. “Globalization” is the most succinct term for this sort of business, but Nossiter himself would probably have some other choice words for the practices of the corporate giant. For it is clear that the filmmaker cannot manage to craft an impartial work; he seems to prefer making a documentary in the subjective style of Michael Moore. While not thrusting himself in front of the camera as Moore does, Nossiter does relish injecting his personal beliefs into his film just the same.

This bias about the evils of corporate winegrowing is supported through skillful editing. An interview with Hubert de Montille, a witty and charming old winemaker from France, is abruptly followed by a stuffy corporate executive leading the filmmaker on a rigid guided tour of Mondavi’s Napa facility. Montille, who is revisited time and again as a wise old sage dispensing advice on how wine should really be made, is the film’s emotional heart and center. He speaks for Nossiter, pushing the opinion that smaller is better and bigger is blander.

Nossiter is a professional filmmaker as well as a wine critic, so he certainly has the background for this sort of project. But his prior experience behind the camera makes his filmic technique all the more interesting to consider; the documentary feels as if it was intentionally not shot in a cinematic style. The camera is shaky to the point of inducing dizziness. Nossiter delights in moving his camera around as if it were a small child’s gaze, cutting away from a subject in the midst of a speech to show his dog sniffing at the man’s heels. This establishes a style that is quite original, albeit overly distracting; many viewers may conclude that Nossiter simply didn’t have enough money to buy a tripod.

Perhaps the subject of the wine industry as a whole is too big for a single film like Mondovino–as evidenced by the fact that Nossiter has enough footage to create a 10-part television series of the same name for airing later this year. This could be the reason he seems intent on guiding his own work by injecting the globalization debate into almost every aspect of the film. But Mondovino would do better to decide exactly what it wants to be: a look at the Mondavi efforts to water down the wine industry or a general behind-the-scenes picture of winemaking.

Lots of smaller ideas that are touched upon could be expanded, as they surely will be in the larger series. For example, a brief look at über-critic Robert Parker is interesting yet insubstantial within the larger film, and a brief visit with some South American winemakers toward the film’s end seems tacked on and unnecessary. The most interesting but unrealized segment is a discussion with some corporate higher-ups about their relationship with their immigrant manual laborers. “These people are our friends,” one man assures. “We try to recognize what they do for us–we give them a T-shirt or a hat.”

As it is, Mondovino–a 135-minute documentary guided by one man’s opinion on the state of the industry today–is still a worthwhile look into the current climate of one of our local region’s most important products.