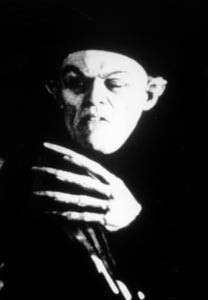 Political science: Joan Allen (center) plays a U.S.senator who discovers that life in Washington can get down and dirty (even downer and dirtier than usual) in The Contender, which screens at the Mill Valley Film Festival on Saturday, Oct. 7, at an event that also features an appearance by Allen.

UNLIKE SO MANY who were picked as Most Likely to Succeed in their high school, actress Joan Allen actually succeeded. Raised in Illinois, Allen was one of the co-founders of Chicago’s Steppenwolf Theater troupe, along with actors Gary Sinise and John Malkovich. She came to movies right before she turned 30. In the late ’90s, she won back-to-back Oscar nominations for Best Supporting Actress: in 1996 for The Crucible and in 1995 for Nixon–and in the latter case, she was robbed.

Allen is attending the Mill Valley Film Festival on Saturday, Oct. 7, in connection with her upcoming film The Contender. The film features yet another quality performance by Allen, who usually plays wary, guarded women with resources never guessed by her oppressors. The actress takes apart the good-woman roles from the inside out, with a firsthand knowledge of such women’s pressures and repression. “I was a very good girl for a long time,” she once said, according to the Internet Movie Database.

The film Nixon was loads of fun, especially in the serious parts. After a certain point–his phlebitis, his dirt-poor background–it’s impossible to sympathize with the tragedy of Nixon. And Anthony Hopkins was not so much touching as funny portraying the great horror clown whom, to our shame, we elected twice.

Allen took all of the weight of the movie, the point of its tragedy. Garry Wills, in his 1969 book Nixon Agonistes, reported watching the real Pat Nixon descending from a plane: “Her face chilled with smiles. . . . [T]he freckled hands were picking at one another, playing with gloves, trying to still each other’s trembling. There is one thing worse than being a violated man. Being a violated man’s wife.”

That was how Allen played Pat Nixon, and she brought forth the full sorrow of that remarkably unfortunate woman’s life. Allen’s Pat Nixon made me think of Edith Scob’s role as the plastic-masked, disfigured woman in Franju’s poetic horror film Eyes without a Face: the mouth rigid and firm, the eyes burning through their holes, a hint of the scarified person underneath.

By coincidence, Allen later played the wife contended for by two men with false faces, in the John Woo movie Face/Off. In hiring Allen, Woo gave a strong counterweight to the dual-male scheme of the film by putting her at the story’s heart. She played a woman so coolly reserved that neither man could really take her at face value.

Allen did some kindhearted mockery of the ’50s housewife in the fantasy Pleasantville. Such wives are usually played as comic and silly, rarely as the yearning creatures they often were. Allen not only seemed right for the role, she looked right. She has the good looks that were in vogue in America then. I loved how she changed from a chipper hausfrau to an odalisque, posing for her portrait. The transformation was fully believable even if it was signified by lighting, a change caused by a sad, sweet first-orgasm scene that literally set the trees on fire.

The film that’s brought this first-rate actor to the Mill Valley Film Festival is Rob Lurie’s The Contender, the director’s answer to the Clinton scandal.

Lurie’s previous film Deterrence, released earlier this year, was a political drama about a future president’s decision whether to use nuclear weapons. The Contender is another story of a political ordeal.

The best candidate for the specially appointed vice president of a lame-duck prez is Allen’s Laine Hanson, a moderate Democratic senator of impeccable credentials. But suddenly, Sen. Hanson is accused of a 20-year-old sexual peccadillo, apparently verified by a photograph. As in Deterrence, Lurie’s story is too rhetorical to be completely successful, and the director’s approach changes from Gore Vidal to Frank Capra.

Nevertheless, Allen carries The Contender with her own incomparable gravity. She’s the driest and most un-self-pitying of tragedians onscreen today. When she’s grilled by the Senate, it seems very urgent that her Sen. Hanson should triumph. As an actor, Allen’s biggest accomplishment is this: she takes the boredom out of dignity.