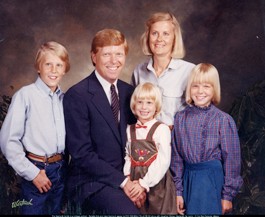 On the same page of the Old Testament in which Moses condemns the eating of shrimp as an “abomination” and warns against the wearing of linen and wool together as an “abomination,” the text also pronounces homosexual union an “abomination”—as bad, one supposes, as snacking on shrimp in a poly-blend suit.

There are some differences, of course. Prawn consumption rarely leads to excommunication, ostracism or suicide. Italian-cut cloth rarely causes family disruption, loss of faith or eternal damnation. But the topic of homosexuality in the Catholic and fundamentalist churches remains, even in the supposed enlightenment of the 21st century, a divisive topic.

Filmmaker Daniel Karslake produced a short segment for PBS on a lesbian African-American Harvard Divinity student that caused a teeanger from Iowa to write to him thanking him for saving his life. “I bought the gun. I wrote the note. I happened to see your show, and just knowing that someday I might be able to go back to a church with my head held high, I dropped the gun in the river,” the youth wrote. That prompted Karslake to lengthen his short into the documentary For the Bible Told Me So, which screens on Nov. 15 at the Rialto as a benefit for Face to Face Sonoma County AIDS Network.

Focusing on five prominent figures, including Bishop Desmond Tutu and former House Majority leader Dick Gephardt, whose daughter Chrissy (above right in one of those classically awful family shots of yore) is a lesbian, For the Bible looks at how educated people of faith handle the normal human rise of same-gender love.

In a letter produced to help promote the film, director Karslake explains that the focus of the film is forward, not backward, intended to bolster those “who believe their religion is about love, not hate and separation.” Amen to that.