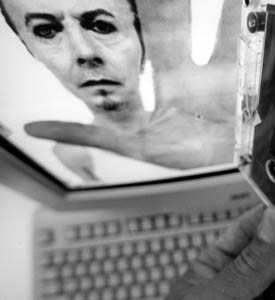 Is the Internet just a giant Tupperware party?

WHEN THE TOP two executives at BMG Entertainment resigned last month, it revealed a deep schism in the way multinational companies see the Internet’s culture of sharing. Despite all the attempts to turn the Net into a giant shopping mall, the default ethos still seems to be anti-shopping: on the Internet, we may purchase things here and there, but we share ceaselessly: ideas, humor, information, and yes, music files.

So here’s the real debate as it goes down in the boardroom: Is this culture of online swapping and trading a threat to the heart of the profit motive, or is it an unprecedented profit-making opportunity, a chance to turn sharing itself into an enormously profitable sales tool?

When the five major record labels, under the umbrella of the Recording Industry Association of America, launched a lawsuit against Napster, they threw their lot decidedly into the first camp: file-sharing is theft of copyright, pure and simple, and it must be stopped.

But then, in October, something very strange happened: Bertelsmann, owner of BMG Entertainment (one of the five companies behind the RIAA lawsuit), struck a deal with Napster (hence the BMG resignations). The two companies are going to launch a file-sharing site where music fans pay a membership fee in exchange for access to BMG music. Once it’s off the ground, Bertelsmann will pull out of the lawsuit.

At the press conference, Thomas Middelhoff, chairman and chief executive of Bertelsmann, pitted himself against the suits over at Time Warner and Sony who just don’t get the Net. “This is a call for the industry to wake up,” he said.

SO WHAT’S going on? Has Bertelsmann, a $17.6 billion media conglomerate (which owns my publisher and pretty much everyone else’s) decided to join the cyber-hippies who chant that “information wants to be free”? I somehow doubt it. More likely, Bertelsmann knows what more and more corporations understand: that after many failed attempts to use the Net as a direct sales tool, it may just turn out that the process of trading information is the Net’s ultimate commercial use.

Napster defenders argue that they don’t pirate CDs, but rather swap music within an online community the way communities of friends swap mixed tapes. They get to know and trust one another’s taste and, they argue, they end up buying more music because they are exposed to more of it. They also say they have been driven to create this alternative by inflated CD prices and the hideously homogenous rotation of pop on video stations and commercial radio.

What’s taking place on sites like Napster is a high-tech version of something very old: people talking to other people directly about what they like. It used to be called “word of mouth”; in the Internet age it’s called “word of mouse.” It’s the X factor that can create a true phenomenon, like the Blair Witch Project, and which marketers can’t seem to purchase or control–witness the Blair Witch sequel.

Or can they? Trying to understand, systematize, and harness this most human of all behaviors (how and why we talk to each other) has become something of a corporate obsession. Books such as The Tipping Point by Malcolm Gladwell, The Anatomy of Buzz by Emanuel Rosen, and Unleashing the Ideavirus by Seth Godin offer quasi- scientific explanations for how ideas spread: less by advertising than by regular people who are respected by their peers. Gladwell calls them “connectors” and “mavens,” Godin calls them “sneezers,” Rosen calls them “network hubs.”

Based on this theory, a marketing school has developed that encourages companies to treat consumers as if they were journalists or celebrities: feed them free stuff and watch them do your marketing for you, gratis. Put more bluntly, turn the ultimate anti-commodity–human communication, between friends, inside communities of trust–into a commercial transaction.

This is the irony of the record industry’s crackdown on Napster. At the same time as the legal arms of record companies are pummeling file-sharing sites, their marketing arms are warmly embracing these same online communities for their “peer-on-peer” potential. They’ve been paying firms like Electric Artists to strategically circulate free music samples and video clips in the hope of turning music fans into battalions of unpaid cyber Avon Ladies.

Bertelsmann itself used these techniques of “online seeding” to launch BMG artist Christina Aguilera: ElecticArtists gave away music samples to chatty Britney Spears fans, who then bombarded their online friends with the great news: She’s been cloned!!

When Bertelsmann made a deal with Napster last week, it were betting on a future in which sharing–when carefully controlled by marketers–is the Internet’s “killer app”: a global network of online brand-babble where authentic communities used to be.

The Internet as a giant Tupperware party. Are you ready?