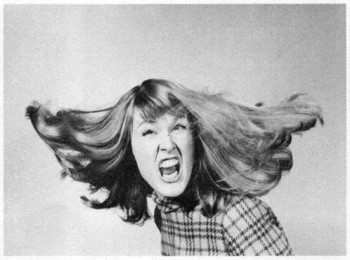 This time of year, we all scream

Ice cream is so lovely, so yummy and so highly desired that most of the stories about it are complete lies. Take the fable, for example, of Charles I of England. In the early 1600s, before refrigeration and rudimentary sanitation were known to the English court, Charles is said to have had fortune smile upon him in the form of a chef who had concocted a delicious frozen dessert.

Anxious to keep the comestible a royal secret, Chuck reportedly paid the good man 500 pounds a year–in pre-Shakespearean coinage–to stay mum. When Charles later lost his head, the chef lost his stipend and loosed his tongue, and soon any groundling with an ear for gossip could chill sweetened cream.

Nero is said to have exercised his slaves by sending them dashing up chilly Roman mountainsides to scoop up snow and rush it back for mixing with nectar, fruit pulp and honey, an assuredly sadistic exercise considering the terrible trickle of melt following the desperate runners home. The reliable Marco Polo, seeming discoverer of everything from pasta to the Titanic, allegedly imported the cold secret directly from China to Italy, where it promptly became gelato. Catherine de Medici is said to have then whisked the recipe with her as a dowry when she married the French Duc d’Orleans, resulting, bien sur, in sorbet.

All of which causes most gastronomical historians to sweetly hiss: bosh.

Dolly Madison did in fact serve the stuff in 1812 at her husband James’ second inauguration, causing a delicious stir among the good people of the colonies. But whether her fancy dessert was actually invented by freed Pennsylvania slave Aunt Sallie Shadd, a butcher’s wife who worked as a caterer, remains shrouded. And as for the edible cone that shelters most on-the-hoof ice cream, at least a hundred thousand million people–perhaps the entire population of early-20th-century America–have claimed its invention, with the general nod falling upon one Italo Marchiony, a Manhattan ice-cream vendor who, tired of washing the glass dishes in which he served his wares, simply cooked up a waffle instead.

Refrigeration, electric machinery, chocolate sauce and raw cookie dough followed in fast order, bringing ice cream to its height in a frenzied bevy of sundaes, bars, pies, sodas, shakes, frozen cakes and pies, and baked meringue goo named for a yukon state. Americans who consumed a dainty four quarts per year in 1904 now dig into a full 15 quarts per person per year. A ceiling has been reached. Perhaps the best way for ice cream to turn was straight back to where it began.

One can bet, for example, that the cow that gave the milk to Charles I’s chef was hormone-, additive- and antibiotic-free. Similarly, the sweetener and fruit available in the pre-Elizabethan court were, for lack of choice, perhaps more organic than any single item a 21st-century American has ever put in her mouth.

Such a statement, of course, grants the possible exception of Maraline Olson. Olson–who established her Sebastopol consumer temple to ice cream, Screamin’ Mimi’s, some eight years ago–is all about ingredients. Belgian chocolate, please. Hellishly expensive vanilla, not the cheaper stuff from Mexico, if you would. Fresh peaches just a sweeter whiff past ripeness, thanks so much. And lavender, oh-lavender-yes-lavender, exactly the day it was brought in from the fields.

While purveying such wonderful reliables as strawberry and chocolate ice cream year-round, Olson also salutes the seasons in a cup by making such local flavors as Crane melon ice cream and rose petal ice cream and, yes, lavender ice cream.

An herbalist who introduced Olson to the joys of herb-flavored desserts picks the flowers for Olson and receives in recompense as much ice cream as she can stagger away with. The lavender flowers are left to infuse fresh cream for one to three days, depending on their headiness, before being strained out, leaving behind a delicacy that some people could happily bathe in.

A self-described “professional eater” of ice cream before she opened Screamin’ Mimi’s, Olson is a veteran of the kitchen-made wars. As anyone who’s ever openly wept while squatting next to a home freezing device knows, making ice cream oneself does not guarantee the good moods Olson might see in her shop. Things seem to go wrong, ice suddenly becoming a difficult mystery and kosher salt seeming to suffer a magnetic pull toward fresh strawberries. Plus, it’s loud.

Or rather, it was. Since Catherine de Medici’s time, the Italians have worked feverishly on perfecting homemade ice cream. While the reliable Cuisinart Corp. offers an assuredly useable machine in the mid-$50 range, Musso Lusino is happy to help customers chill out with makers ranging from $500 to $1,000.

For such a squadge of dosh, self-refrigeration is expected and indeed, rewarded. No more hauling seeping bags of ice around the kitchen floor and coaxing strawberry-seeking salt into small confines. With the Musso Lusino, one smilingly tips excellent ingredients into a galvanized bowl, pushes a button and retires with champagne until all is coldly done.

Less luxurious appliances don’t come equipped with their own cold compressors but bear a sleek designer aspect never seen in the wood-barrelled makers of old. In either case, it’s likely that what eventually hits the dessert bowl will be different than what’s bought in a shop.

Olson is sympathetic, confirming that ours will never taste as good as hers because we didn’t take out a small business loan before concocting dessert. “We freeze our product over eight hours at 40 degrees below zero,” she explains. “The average home freezer is probably around 25 degrees above zero. The reason that the homemade ice cream we make at the shop is so different than what people make at home is the equipment.”

But when she did mix it up at home, Olson had one trick to call on: “I would run an extension cord into the freezer and run [the ice cream maker] in the freezer.

“Cold,” she pronounces firmly, “is good.”

Even Nero would agree with that.