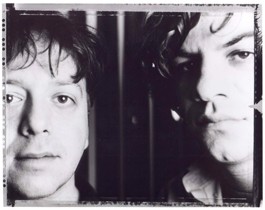 The weird, wonderful world of Ween

Followers of Ween are a motley bunch. Stoners, nerds, scholars, Deadheads, frat guys and folks of otherwise indisputable normality have all wrapped their heads around the paradigm that makes Ween Ween and not just another goofy band.

For years I dismissed them as just that, an irreverent novelty act for college kids, those guys whose nonsensical video, “Push the Little Daisies” was on Beavis and Butt-Head. Who needed Ween?

Turns out I did. As far as I’m concerned, everyone needs at least a little Ween. The band, who have been together since 1984 and just released their ninth album proper, La Cucaracha have produced such a wide-ranging body of songs that even the squarest of the square can grow to love at least one of them.

It’s easy to understand why the un-Weened public would be inclined not to take the band seriously. Song titles like “Flies on My Dick” and “Help Me Scrape the Mucus off My Brain” can bring to mind the notebook snickerings of bratty, white suburban middle-school kids. Pinched, affected vocals, the use of profanity and sly pop-culture references are not infrequent. You figure Ween can’t be serious, but then you realize theyare. . . but they can’t be . . . but they are . . . ad infinitum. Realization of this snake eating its own tail is the Eat Me/Drink Me ticket into Ween’s wonderland, a rewarding and maddening place.

Perhaps the most vehement Ween fans are devoted to the band’s early years. Mickey Melchiondo and Aaron Freeman—otherwise known as Dean Ween and Gene Ween—formed the band in New Hope, Penn., at age 14 and rode out the decade immersed in drugs and tape machines. Output of that era can be unlistenable to regular folks. When “Poop Ship Destroyer” appears on your iPod’s shuffle, best skip the track or risk wrecking the mood of the party.

But dismiss later Ween at your own risk. Genre-hopping (they recorded an entire album with Nashville’s best session musicians) and an unshakable ’70s rock fixation do not overpower the reality that Gener and Deaner grew into powerful, mature songwriters. Even when derision, snark and snickers come in tidal waves, there’s also an equal, omnipresent measure of sincerity, a vital element that rescues their best work from the kitsch sludge pile.

Take “Baby Bitch,” from 1994’s Chocolate and Cheese. A funny and acidic indictment of a vindictive ex-girlfriend (“Baby, baby, baby bitch / Fuck you, you stinky-ass ho”), it’s also a moving and amazingly accurate evocation of post-breakup depression and self-loathing, an undeniably pretty ballad that thumbs its nose at every pretty ballad before and after it.

Ween’s songs hinge on either upending or paying tribute to musical and lyrical clichés; they’re not poking fun so much as running amok for the hell of it. Topicality, the measure of a great parodist, is not part of Ween’s game. They could give a crap, and while you can draw a direct line between many Ween songs and their inspiration (“Pandy Fackler” to Steely Dan; “Buenas Tardes Amigo” to Sergio Leone; “The Mollusk” to some whacked-out Christian prog-rock record for kids), they’re not in the business of inserting humorous couplets into other artist’s current Top 10 songs.

And a lot of their songs are pure Ween. Like the spooky “Spinal Meningitis (Got Me Down)”, which would either be incredibly offensive and hurtful to a child inflicted with the disease, or oddly comforting. I mean, why not sing about how much it would suck to have spinal meningitis?

Besides, a fair amount of Ween songs have to do with their homeland, southeast Pennsylvania. There really is a “Joppa Road.” “Pork Roll Egg and Cheese” is a sandwich featuring pork roll, a high-fat lunchmeat specialty of southern New Jersey. The easy-rocking sway of “Chocolate Town” perhaps recounts a bus ride down to Hershey.

Sadly, La Cucaracha is too unfocused and wanky to serve as a proper introduction to Ween, but everything it’s not (uniformly awesome, for one) does remind us of the greatness Ween have reached, and hopefully will again. That they can initially come off as a joke band might be for the best; we get no huge Ween hype to spoil our fun, no bloated Ween bio-pics or overworked publicity photos of Gener and Deaner looking tortured and artistic. They can go on being totally serious about messed-up music, or as messed-up about totally serious music, for as long as they like.