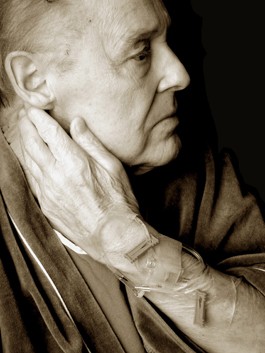 It had to be proven to me that something was going on with my body,” says Sacramento resident Kelly Simpson, even though she came of age aware there was such as thing as Fabry disease. An uncle died of the rare disorder when she was a teen, and she says, “I grew up knowing my brother had this thing and knowing that I might be a carrier.” But she wasn’t ready to confront it within her own metabolism.

Still, the signs were there—pain in her hands and feet, elevated levels of protein in her urine, heart palpitations—and she eventually agreed to medical monitoring of her kidney and heart functions. “There was just a slight decline,” the 40-year-old mother of five recalls, “but enough so that in my mind, I knew that I needed to do something.”

Officially diagnosed in 2002, while pregnant with her youngest, Simpson began getting treatment for the disease 18 months ago, bi-weekly enzyme infusion sessions that keep her symptoms at bay.

Simpson is also keeping a watchful eye on her 10-year-old daughter, Brittany, who has also tested positive for Fabry, the first confirmation that this little-known disease has passed to yet another generation in her family. “If she complains of any of the symptoms,” Simpson says, “then we’ll talk to the doctor.”

First identified by doctors in Europe almost 110 years ago, Fabry is caused by an abnormal gene on the X chromosome that governs the production of a key enzyme, alpha-GAL That’s an important little protein, because its job is to break down a fatty substance known as GL-3, which otherwise builds up in the cells of the heart, kidney, brain and skin, causing damage and decreased function in one or more of those organs.

Fabry is believed to affect somewhere between one in 40,000 and one in 117,000 patients, but some who work closely with the disease suspect those numbers are low. “It could be underdiagnosed,” says Cindy Johnston, a genetic counselor at UCSF, “because in females, the clinical manifestations are not so severe. So those patients may not come to the attention of medical professionals.”

Women, with an additional X chromosome, often have less severe symptoms and higher levels of the alpha-GAL enzyme, and until recently, were thought to be only carriers for the defective gene, as Simpson was told. But for men, Fabry is a slow-release poison, gradually unleashing a veritable Swiss Army knife of pain and problems.

Corrine Casey, a Santa Rosa mortgage broker who asked that her real name not be used, has watched her brother Ed wrestle with a dizzying array of medical issues for years. “The symptoms he has include body pain, fatigue, some kidney problems,” Casey lists. She continues, “He doesn’t sweat, he has an intolerance to heat, he’s got some cardiac problems, he has a particular distinctive rash around his navel [which is common for Fabry], he has a problem with his hands and feet—itching, burning and swelling, which is also common—and he has chronic depression.”

When the family heard of Fabry on a cable TV medical show and asked Ed’s doctor about it, the physician “basically told him he was gonna die and the only way he could be saved was with a kidney transplant,” Casey recounts, “neither of which are true.”

She can say that now because she plunged into researching Fabry herself, digging through Internet sites to confirm and expand what they knew about the disorder. And in doing so, Casey made another discovery: “As I read the list of symptoms, I recognized myself.”

But she also learned there is a treatment available. At the UCSF-Stanford Lysosomal Disease Center, about two dozen patients make regular visits for enzyme replacement therapy that uses a synthetic version of the defective enzyme “which we can infuse into our patients every other week,” says genetic counselor Johnston. Accomplished through an IV drip, that process can take anywhere from two to eight hours per visit. “Basically, you sit there in a chair for however long it takes,” Simpson says.

Qualifying for the costly therapy can be even more daunting. Getting a confirmed Fabry diagnosis requires both blood and DNA tests, and HMO doctors who are unfamiliar with the disease are too often unwilling to order those screening tests.

“But without the testing, without the diagnosis, without the enzyme replacement therapy, people don’t have a chance,” Casey says grimly. “Men will typically die by the time they’re 51.”

“Because your doctor is not gonna do it.”

Fuel to the Fire