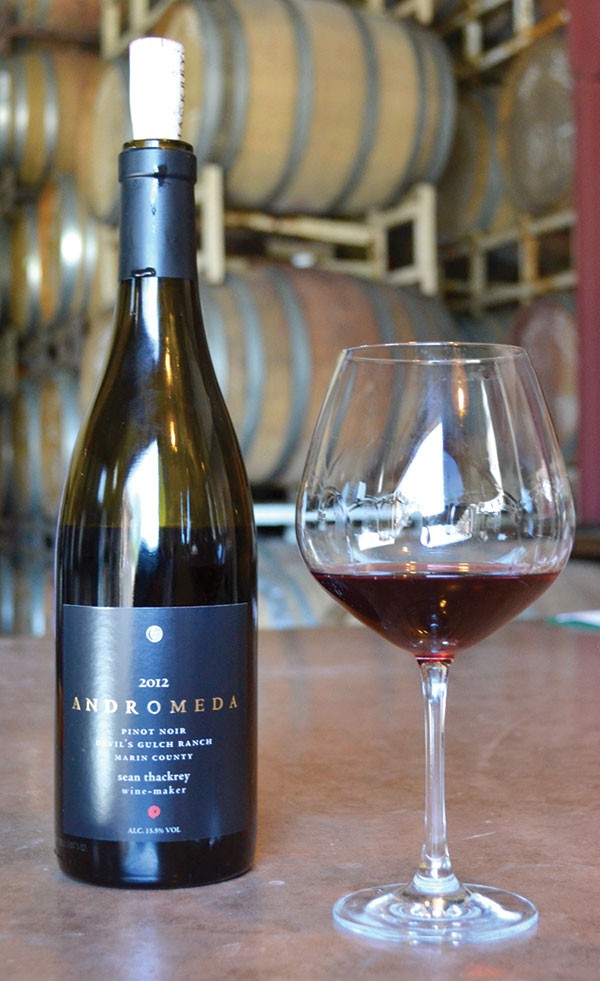 The story of how Andreas Krieger became assistant winemaker to Sean Thackrey, the reputedly enigmatic vintner who’s been ensconced with his barrels in Bolinas since 1981, is really quite simple. “I put my bike on the fence, and walked around to the door, and introduced myself,” says Krieger. “I said, ‘Hi, I’m Andreas from Switzerland.'”

Now it’s just as easy to introduce yourself to the wines of Thackrey & Co. at its Forestville location—tucked away in an old backstreet cellar—where Krieger tends to the winery’s flagship Pleiades red blend, while juicing up the brand with new white blends.

Thackrey got the inspiration for his “heretic wine” when a batch of Nebbiolo that turned out rather wan and funky was transformed by the addition of Grenache. The blend is consistent year to year only in the way that a painter’s style is, explains Krieger: you recognize it in an entirely different painting. The heresy of Pleiades XXIV Old Vines ($24) is that it’s based on Pinot Noir, which is rarely seen in blends, let alone with Sangiovese. Showing a savory, sage aroma and light cherry fruit, the wine takes its time introducing notes of mandarin orange tea, raspberry pastille and vanilla bean. Silky texture builds on the light, quaffable palate as the wine becomes more interesting with each sip.

The new, white version of Pleiades, La Pleïade II ($24), is a blend of Roussanne, Marsanne and Viognier that hints at “orange wine,” although the crushed grapes were only soaked, not fermented, on their skins. An exotic medley of fermented apricots, marmalade, butterscotch and cinnamon bark leads to fleshy fruit and a firm, dry finish.

The second vintage inspired by a Sangiovese project that preferred to be a rosé instead, the 2014 Fifi ($24), is a bright, fun rosé with crunchy cherry flavor. On the deeply colored and alluring end of the spectrum, the 2013 Sirius Mendocino County Petite Sirah ($45) plays up the varietal’s cassis and blueberry sauce character with flavorful results.

Thackrey calls his 2013 Orion ($90) a “California native red wine,” a typically cryptic designation that really means it’s a single-vineyard field blend from old vines. Unlike many such blends, it’s light on Zinfandel and heavier on blueberry-fruited Petite Sirah (and whatever mystery varieties the vineyard contains). At
15.7 percent alcohol by volume, it’s a big, deceptively juicy wine, the intense olallieberry fruit obscuring a tannic chassis that, rather than crumbling after the bottle’s been open for three days, just keeps rolling that fruit along.

(See this week’s Feature for an interview with Sean Thackrey.)