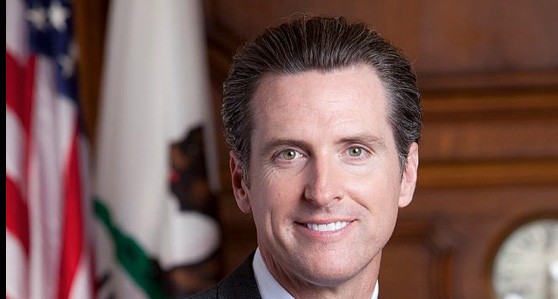 Last week Gavin Newsom issued the first progress report in his role as point-person in the state’s unfolding shift toward cannabis legalization. The so-called Blue Ribbon Commission on Marijuana Policy comprises the Lieutenant Governor, an ACLU representative, and a Stanford egghead.

The report is kind of neat in that it’s premised on an expected outcome—a 2016 legalization referendum will pass—and is delivered with the imprimatur of the state’s second-in-command. There’s some expected hand-wringing about protecting the children from the devil weed, and some discussion about tax revenues and how to best collect them. The report, for instance suggests a possible $50 state surcharge per ounce of boo.

The California conundrum identified by Newsom is that it’s a sloppy state that’s still grappling with its own pioneering ways in medical cannabis policy. Sacramento has been unable to conjure a set of statewide rules for its medical dispensaries, even after lawmakers paved the way for other states to enact provisions of their own. If the state can’t get its medical house in order, goes the logic, how is it going to grapple with a full-bore recreational push in 2016?

Newsom is pro-legalization and just might run for governor. And his report comes as the U.S. Congress may be taking a serious step toward rescheduling cannabis as a “Schedule 2” drug. Sen. Barbara Boxer signed on to a bill last week that gets deep into the weeds of medical cannabis (for example, it would make it easier for THC-free cannabis to be used in pediatric medicine). Cannabis activists have gathered in Washington this week to lobby for the bill, which would put medicinal cannabis on the same schedule as cocaine, speaking of Gov. Jerry Brown—who opposes legalization even as his leafy lieutenant is clearing the proverbial chamber for it.

Speaking of, are outlaw cannabis growers the most hated people in the state these days, given their water-diverting, eco-destructive ways? It would appear so, even given the emergence of that odious proposition known as the “Sodomite Suppression Act.” Every time Debriefer turns around, there’s another politician or organization blasting the outdoor growers—they’ve become a convenient mark for not-sure-about-pot policymakers faced with a push toward legalization. Shut those illegal dope grows down, for they are evil, say pols ranging from U.S. Rep. Jared Huffman to State Sen. Mike McGuire. We agree, even if the dog-pile is starting to reek of scapegoating. Now the California Department of Fish and Wildlife (CDFW) has issued a study that blames outdoor growers for helping to destroy the state salmon fishery.

It’s tough times for outlaw growers, but as the CDFW notes in a release, cannabis farmers can be a part of the solution. First they have to be encouraged out of the shadows, and then they have to get a permit—but only if they’re medical cannabis growers. “Responsible growers help conserve the state’s natural resources,” notes CDFW, “and are less likely to be subject to enforcement action.”

On March 20, the United States Department of the Interior released its first-ever guidelines on fracking, designed to “support safe and responsible hydraulic fracturing” on public lands. With all the talk of the ongoing, severe drought in California, Debriefer was taken by this one comment from Interior Secretary Sally Jewell, which she made in a conference call to reporters: “We really are upholding the public trust here. There’s a lot of fear, a lot of public concern, particularly about groundwater and the safety of water supplies…. I think the industry recognizes that thoughtful regulation can help them, because it reassures the public that we’re protecting them.”

That’s what you call an exercise in obfuscation. Who is protecting whom? Back in January, Jewell criticized states and localities around the country who have taken it upon themselves to enact fracking bans, saying it was unfair to the gas and oil industry, in that it would create confusion for them, and that could be costly to the poor dears. Ah, the public has been reassured that you’re protecting them, thanks.

Last year, this paper published a cover story that reported on the rise of payday lenders and their rapacious, under-regulated ways. At the time we wrote that story, the Consumer Financial Protection Board said it would issue guidelines to rein in an predatory industry that’s run roughshod over persons of limited means who use the service. On March 26—voila!—the feds laid down some welcome reform. The California Reinvestment Coalition applauded the move, which, among other things, compels lenders to determine a borrowers’ ability to pay a loan back before making it. The feds also enacted regs aimed at the debt-spiral that can ensue when borrowers get caught in the trap of having to constantly borrow against their next paycheck in order make the payday-loan payment.

The rules are welcome, says the CRC, given the California Legislature’s repeated failure to enact payday-loan reform, because “every year, industry lobbyists and campaign contributions stymied proposals
that could have helped consumers.”

A Year in Beer