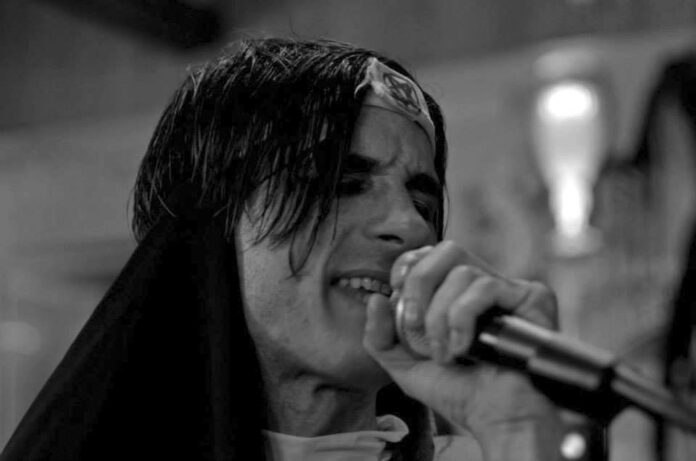 Certain bands have between-song banter that proves just as entertaining, if not moreso, than their songs. I have a friend who’s memorized every spoken interlude on Kiss Alive!, Fugazi is the subject of a much-shared download (“Ice cream-eating motherfucker, that’s what you are”), and Guided by Voices released an album entirely of their singer’s hilarious rants.

Enter Sonoma’s raucous, debauched Paulie Hips & the Childbearers, a dirty-fuzzy-glammy hard rock band whose namesake frontman keeps the oooh-yeawuh and awwwl-ryyyite tradition alive with wild abandon. Sure, they play places like the Blue Moon Saloon, the Olde Sonoma House and the Moose Lodge, but when Mr. Hips starts a frenzy of urgent yelping or dedicating songs to Huey Newton, one could imagine they’re in Detroit’s Cobo Arena itself.

Paulie Hips & the Childbearers are the featured attraction at Gundlach-Bundschu’s “MonMOMental Movember Shave-Off” this week, in which gentlemen who’ve participated in the annual November tradition of growing a mustache for charity ceremoniously have said flavor-saver shaved. A photo booth, prizes and wine round out the event—oops, I mean, the “lightnin’ hard rock ‘n’ roll explosion, awwwyyeah!”—on Saturday, Nov. 30, at Gundlach-Bundchu Winery. 2000 Denmark St., Sonoma. 2–4pm. Free. 707.938.5277.