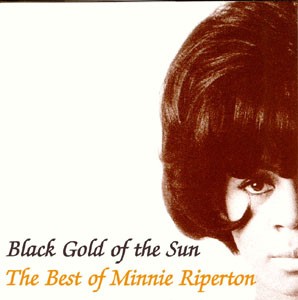 Songs of joy that don’t annoy

Around this time of year, the San Francisco-based radio station KFRC switches from its regular uninspired oldies format to a Christmas-heavy format featuring highly annoying holiday songs from all eras. “Feliz Navidad,” “Nuttin’ for Christmas” and “All I Want for Christmas Is My Two Front Teeth” may qualify as the most ear-grating Christmas songs of all time, and thanks to KFRC, you can hear each one at least three times an hour.

KFRC is, of course, only one of thousands of guilty parties ruining everybody’s holiday cheer by blasting the worst music December has to offer. My workplace is a culprit, too; a co-worker playfully crafted a mix CD to create a “Santa’s workshop” feel in the store, and she fiendishly included Britney Spears and Christina Aguilera songs. As if Christmastime retail is not taxing enough without having those two in the mix! We want to sell things, not drive people away.

I decided to retaliate. Christmas music isn’t bad; it’s simply that overexposure has rendered many previously tolerable Christmas songs intolerable (Paul McCartney’s “Wonderful Christmastime” anyone?). We, the public, must take Christmas music back. There are innumerable bands in the world, and thus innumerable piles of songs devoted to the winter season. Why stick with Bing Crosby’s “White Christmas” on endless replay? It turns out that practically every musician and music group that you’d never expect to record a Christmas song–including Ween, My Morning Jacket, the Sonics, Snoop Doggy Dogg, Spinal Tap and one of those naughty dudes from 2 Live Crew–have in fact all recorded Christmas songs, if not entire Christmas albums.

The glitch is that a lot of pop-oriented Christmas records kind of suck, and many of the best ones (A Christmas Gift to You from Phil Spector, A Charlie Brown Christmas) deserve a much-needed break from holiday overexertion. For my own sanity, I sent Vince Guaraldi and the Ronettes on vacation and recruited some overlooked troops from St. Nick’s back catalog. Here’s a scattershot sampling of old chestnuts to roast over your open fire:

Homer & Jethro were accomplished musicians of Nashville’s golden era who cultivated a career parodying popular songs, usually by making references to ugly women. My old man loves Homer & Jethro, and I purchased this album as a present for him, mostly because I knew I’d be spending my holidays in safety thousands of miles away from Dad’s musical Christmas rotation. But then I listened to this album, and it’s actually pretty good. In H & J’s world, Frosty the Snowman melts, Santa gets too drunk to pilot his sleigh and Homer’s old girlfriend gets decked out with ornaments quite unlike those on the tree.

A multiracial collective of musicians, featuring Minnie Riperton’s electrifying vocal range and the grandiose orchestral arrangements of Charles Stepney, Rotary Connection released a number of sadly underrated and very groovy albums, including a Christmas one in 1968, with mostly original compositions save for three versions of “Silent Night.” There’s plenty of trippy, funky, soul-a-delic stuff here, extolling brotherhood and equality in a happenin’ late-’60s fashion that’s peppered with passing mentions of a Christmas child. Sort of ridiculous, but isn’t most Christmas music? Definitely worth the $2.99 I paid for this record.

On the heels of 2002’s delightful American Song-Poem Anthology came this collection of lyrics penned by hopeful (and often slightly cuckoo) would-be songwriters of the ’60s and ’70s who paid recording services to set their words to immortal music. The result is crushingly screwy (“Santa Came on a Nuclear Missile,” “Santa Fix My Toys for Christmas”) but surprisingly catchy, as the musicians who laid them to tape include such song-poem luminaries as the legendary Rodd Keith and Gene Marshall. Most reviews of this disc claim that its irony factor goes through the roof, but I disagree. The American Song-Poem Christmas packs more heartbreaking sincerity than the Christmas albums of Clay Aiken, Jewel and Mariah Carey combined.