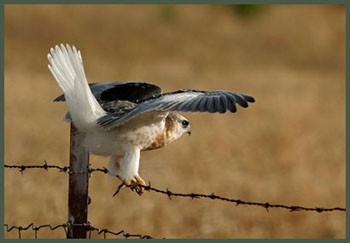 Photo Courtesy of Friends of Tolay

With enough money on the board, Tolay Lake Park will become a reality

Imagine a place somewhere between Marin and Sonoma counties with a bird’s eye view of San Pablo Bay and its local tributaries as they snake down to empty their waters into its estuary. With just a sweep of the head, the Golden Gate Bridge, Mt. Diablo and Mt. Tamalpais come into view against a panorama of more than 1,700 acres of pristine land, complete with a lake and trails spread out like a William Turner landscape.

This place exists, but not yet for the public. Known as Tolay Lake Ranch, it straddles Petaluma and Sonoma, and its proponents–the Sonoma County Open Space District and Sonoma County Regional Parks–are sprinting toward an April 30 deadline to raise a total of $9 million in public and private funds to secure the property and create what would be the second largest park in the county.

Renee Tolliver, campaign chair for the private fundraising effort, which seeks to raise $1.5 million of the $9 million total, says the race to meet the deadline will probably be close.

“I wouldn’t have taken the job if I thought it was impossible,” she says, stressing that time is of the essence. “The timeline is short, but there is a lot of public support. I think it’s doable, but we need to get folks mobilized.”

Since the 1940s, the 1,737-acre ranch has been owned by the Cardoza family, who open the gates to their popular pumpkin farm every October to some 30,000 visitors.

Long before the Cardozas owned the property, though, the original lake Tolay–which has since been dynamited and drained–gave the stretch of Petaluma between Highway 37 and Adobe Road its nickname of “Lakeville.”

The Cardoza family and the Open Space District have discussed the idea of optioning the property for years. The property has been appraised at $21 million, but the Cardozas offered it to the county for $18 million, preferring to see the land preserved in their lifetime rather than chopped up into hundreds of tiny ranches when succeeding generations inherit the property rights.

Last April, the plan came one step closer to reality when the Sonoma County Board of Supervisors, which also serves as the Sonoma County Agricultural Preservation and Open Space District’s board of directors, pledged $9 million toward the $18 million price tag, securing an option to preserve the Cardoza property, restore its lake and turn it into a regional park.

“We’ve been here for 30 years,” says Rita Cardoza, noting that her husband, Marvin, “was born and raised here. Some of the family members who have a stake in this property are getting older. We knew that time would change things. We even tried to buy out all other family members, but it wasn’t feasible, so we decided to give the county a chance.”

But with that chance comes a high price and a shrinking window of opportunity.

The formal fundraising effort is shared by the Open Space District and the Regional Parks Department. Glen Price Group has been contracted to secure $7.5 million in public grants. Joining Tolliver in the local effort to raise $1.5 million in private funding are the Friends of Tolay, a grassroots volunteer group.

“It’s the smallest portion of the total, but it’s the most labor-intensive portion,” Tolliver explains, adding that developing relationships with local philanthropists “requires a lot of help from volunteers.”

The effort has already received one serious setback, however, when the California Cultural Heritage Endowment declined to approve a $5 million grant for the acquisition.

“We believe the property is significant enough to qualify as a statewide, if not national, historic site,” saysPhillip Sales, park planner for Sonoma County Regional Parks, referring to the trove of Native American artifacts–including rare “charm stones” found on the property–some of which date back 4,000 years. A number of these stone artifacts are now on display at the Smithsonian Institution in Washington, D.C.

Supervisor Mike Kearns, business owners, city council members and the public turned out in force at the Petaluma Sheraton on Dec. 8 to kick off a formal “capital campaign.” Matt White, president of Basin Street Properties, delivered a hefty $100,000 donation, and according to Friends of Tolay program director David Yearsley, this is only the beginning of a serious ratcheting-up of the fundraising effort.

The Regional Parks Department is ready to hit the ground running if the matching funds are generated. A recent design meeting, open to the public, allowed officials and citizens to brainstorm the park’s future.

“We got suggestions for everything from archery and shooting ranges to recreational uses for the lake, all the way to leaving things in their natural condition,” Sales chuckles.

Environmentalists are also likely to be pleased with increased access to the area’s diverse flora and fauna. Fresh water from Tolay Creek draws a number of different species to the area, including the burrowing owl, red-legged frog, Northwestern pond turtle, golden eagle and the horned lark.

Rita Cardoza feels strongly about leaving a lasting legacy that everyone can enjoy.

“This property is going to be here forever, and that’s a pretty important legacy to be able to leave. I’d like to be able to sit on the ridge with my grandchildren and say, ‘This was your great-grandparents’ home,'” she says, her voice tinged with emotion. “You realize as time passes that you really are just blips on the radar screen. Things are changing quickly, and ordinary people are going to need places like this to be.”